While China is the worlds most populous country, children there are a treasured and increasingly scare resource 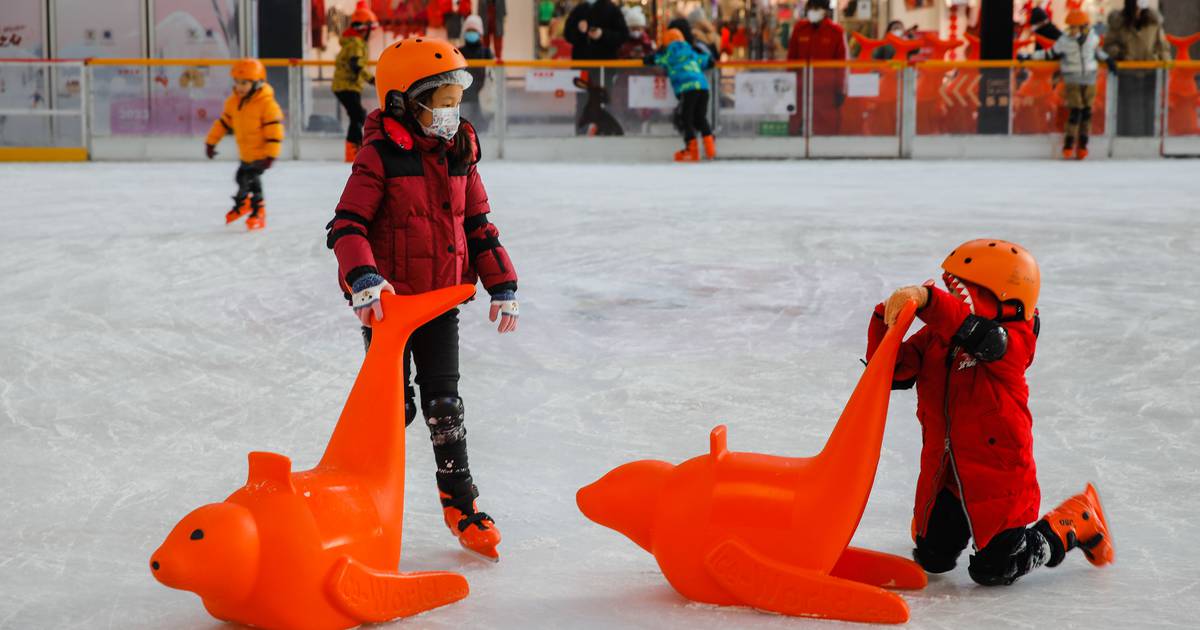 14 days ago The Irish Times

Swaddled in designer-branded clothing as they skated on a miniature ice rink in the middle of the mall, these were among China’s most pampered children. But throughout the world’s most populous country, children are not only a treasured resource but an increasingly scarce one. Demographers believe the drop of 850,000 to 1.41 billion marks the beginning of an extended period of population decline, with India expected to overtake China this year as the world’s most populous country. China’s population is ageing faster than that of its competitor the United States, the world’s biggest economy, which expects to see its population increase as China’s shrinks. The rule was changed in 2015 to allow for two children and relaxed further in 2019 to become a three-child policy.
Continue reading...

Read On "The Irish Times"

More News On "The Irish Times"

Boris Johnson has arrived back in the United Kingdom on Saturday as Rishi Sunak seized the early momentum in the Conservative party race to succeed Liz Truss as British prime minister. Mr Johnson arrived back from his holiday in the Dominican Republic to London Gatwick this morning. Conservative former deputy prime minister Dominic Raab said he was “confident” Mr Sunak would run and was the “standout candidate” in the field. Mr Hague said Mr Johnson returning is “possibly the worst idea I’ve heard of” during his 46-year party membership. Mr Johnson has secured the support of six Cabinet ministers: Ben Wallace, Jacob Rees-Mogg, Simon Clarke, Chris Heaton-Harris, Alok Sharma and Anne-Marie Trevelyan.

McGrath provides another reminder of his enduring quality

Luke McGrath’s man of the match performance in what remains the biggest of the interprovincial derbies was a timely reminder of both his enduring qualities and Ireland’s depth chart at scrumhalf. READ MORENot for the first time, McGrath preferred to accentuate his desire to break back into the Irish squad as 17 of his Leinster teammates prepared to rejoin the Irish squad yesterday, even if being left out again doesn’t get any easier. I’ve just got to keep thinking that, even if I don’t get picked this time around you never know. “I’ll keep staying positive, I love playing for Leinster so that keeps it nice and easy when disappointment with Ireland comes around.”The fire still burns. “I’ve talked to Mike Catt a little bit, maybe not so recently, but I talked to Faz a little bit during the summer and I was even in camp last November a little bit.

Ken Early: Steven Gerrard failed to understand it was about Aston Villa - not about him

Steven Gerrard: Liz Truss and Gerrard were both elevated to positions they couldn’t handle by people who should have known better. Later, Aston Villa put out an even shorter statement announcing that Steven Gerrard had left the club following their 3-0 defeat at Fulham. None of these drew the same level of venom from Villa fans, nor was their eventual sacking greeted with such joy. It’s clear that Gerrard made some Truss-like judgment calls at Villa; some of his mistakes were visible from space. Gerrard’s profile is, of course, the reason why his first two jobs in management were at big club like Rangers and Aston Villa.

Tipping Point: Even in the digital age there is merit in being late

Counter to all the impulses of the digital age, it was their job to come late and last to the story. At some stage along the way, highlights programmes were reclassified as an anachronism. Photograph; Ryan Byrne/InphoOn Saturday and Sunday you can binge on live sport from daybreak to midnight now, without ever feeling hungry or ever feeling nourished. How much live sport do we watch, simply because it’s there, and it’s easy? Even in the digital age, there is merit in being late.

End of the road for Gerrard at Villa; GAA referees demand more respect

After a run of poor results, Aston Villa sacked manager Steven Gerrard on Thursday night in the immediate aftermath of the 3-0 Premier League defeat at Fulham. The Portuguese striker is said to have a fractious relationship with some of the manager’s coaching staff at Old Trafford. In her column today, Lisa Fallon writes Saturday’s draw turns World Cup dream into a reality for Ireland. She writes Irish women’s football can learn from the imperfections of the men’s game as it establishes its own new identity. They see them as women playing football, being strong in the challenge, athletic, technical, clever, determined, passionate and most of all ambitious,” Fallon writes.

What is the point of this season for Tom Brady?

At the peak of the Tom Brady Era, the deficit would have felt surmountable. But after yet another stunning loss, this one 21-3 and somehow worse than last week’s, it’s safe to declare the Tom Brady Era as we know it O-V-E-R. As Oliver Connolly pointed out in these pages last week, many of Tampa’s woes are not down to Brady. Cue the obvious question: What is the point of this season for Brady? Brady has transcended these types of issues before but that was the Brady who gave every ounce of his being to propel his team. The Brady of the Tom Brady Era as we know it didn’t take Wednesdays off.

Selection of open days in universities around the country

National University of Ireland, GalwayWhen is Open Day: The university will hold an open day on March 25th. What students should not miss: The open day is spread across eight zones and includes five exhibitions and over 60 talks. Maynooth UniversityWhen is open day: There are two open days coming up on November 25th (Friday) and November 26th (Saturday). University College DublinWhen is open day: The UCD undergraduate open day will take place on November 12th. Dublin Royal College of Surgeons IrelandWhen is open day: RCSI will host an in-person undergraduate open day early in 2023, details of which will be available soon.