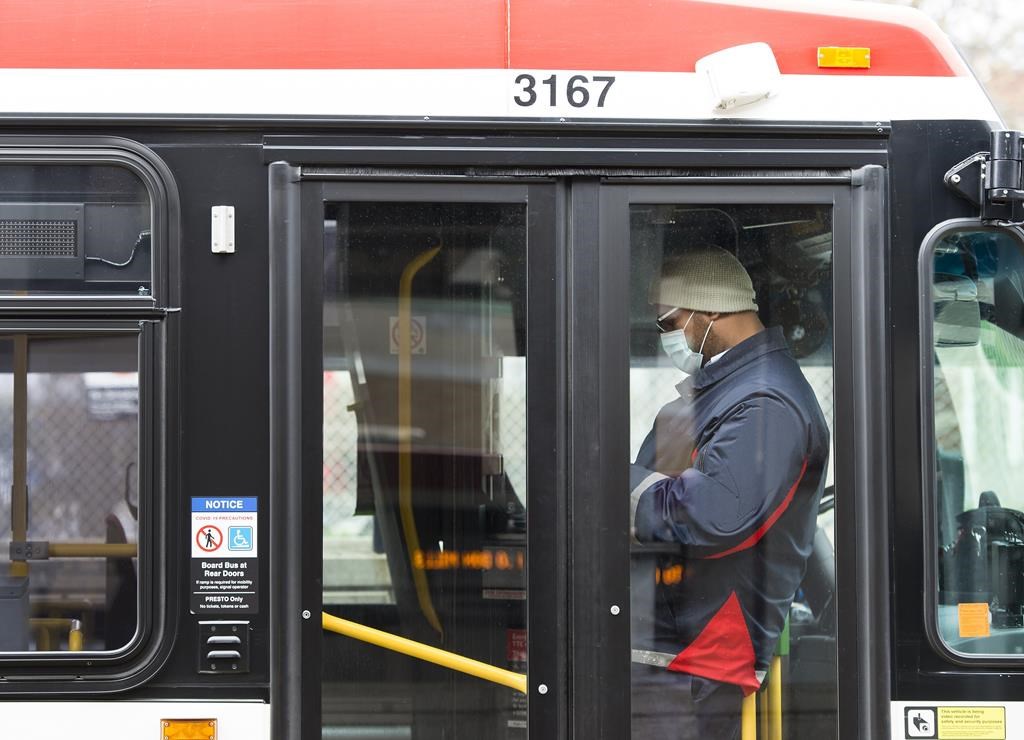 TORONTO — Violence against transit workers is unacceptable and needs to be addressed by multiple levels of government, the president of the union representing Toronto transit employees said Tuesday following two attacks on uniformed staff less than 48 hours apart. Alfred, the union president, said while there has been an increase in the number of violent acts targeting transit workers in recent months, he has no information to suggest more young people are involved. Youth and transit violence have captured the public attention after a number of high-profile incidents. '”Ortiz said he learned over his career that avoiding confrontation was the best way to stay safe while driving a transit bus. Toronto Mayor John Tory has said acts of violence and disrespect against transit workers need to end.
Continue reading...

Ontario and its doctors reach virtual-care billing deal, but only for specialists

TORONTO — Ontario has reached a deal with doctors that saves specialists who treat patients virtually from having their fees slashed, but leaves other physicians out in the cold, The Canadian Press has learned. In a memo to its members Friday, the Ontario Medical Association, which represents the province’s doctors, said it reached the deal after a months-long deadlock. “Virtual care is intended to complement in-person care not replace it. The OMA had challenged the changes after an outcry by doctors who use virtual care, which allowed them to greatly expand their reach across Ontario. Verbora’s team treats 50,000 patients all over Ontario — many in far-flung parts — for serious illnesses such as cancer and epilepsy and palliative care patients with cannabinoid therapy.

TORONTO — Elon Musk’s Twitter takeover should push users to think twice about how much time and trust they put in social media platforms, technology observers say. Whether people stick with Twitter or not, many feel the sale of Twitter should be seen as a lesson. Twitter has a reputation for hosting hateful posts and many users have complained about facing harassment and bots on the platform. Twitter users can download their data, but their networks and posted material can’t easily be transferred to other platforms. Such concerns have loomed since Twitter’s board accepted Musk’s US$44-billion bid to take over the social media platform in May.

TORONTO — The Toronto Blue Jays and manager John Schneider have agreed to terms on a three-year contract with a team option for the 2026 season, the club announced Friday. Schneider guided the Blue Jays to a 46-28 record after being promoted to interim skipper on July 13 following the departure of manager Charlie Montoyo. The Blue Jays reached the playoffs but were swept in the wild-card series by the Seattle Mariners. So many people have had a hand in helping me get here, and becoming manager of the Blue Jays is not something I take lightly. The Blue Jays won the World Series in 1992 and 1993.

Sports journalists pleased access is improving after restrictions during pandemic

“If I’m not in there, I can’t see this, I can’t hear this and I can’t explain this to readers. I was pretty darn pleased with the piece I got out of it.”Raw emotions were on full display that night. In general, media access started to improve in 2021 but the Omicron variant later forced another wave of restrictions. The CFL, meanwhile, has not resumed post-game locker-room access with select players and coaches instead made available in a podium setting nearby. Access can be even better at road venues when a visiting team’s local media presence isn’t as strong.

‘Clinging to the middle’: Experts expect Tory headed to re-election in Toronto

But there came a point where Tory fired off a response that highlighted a key selling point of his campaign. Tory has, I think, a record of clinging to the middle,” said Myer Siemiatycki, professor emeritus at Toronto Metropolitan University who studies municipal politics. “He’s kind of signaling … let’s not rock the boat.”The campaign has often returned to the three issues of transit, housing and affordability. On the first point, Tory cites his commitment to the city’s $28-billion transit plan, led by the province. “There is a desire of change in the air and I think that people are tired of Tory,” Penalosa said.

I’m coming to this winning team here in Toronto and it’s gonna be a lot of fun.”Varsho provides the Blue Jays a much-needed left-handed power bat, in addition to a wealth of versatility. “I think well-rounded is what comes to mind,” Blue Jays General Manager Ross Atkins said of the team’s newest member on Saturday. The 22-year-old Moreno made his big-league debut last year with the Blue Jays, hitting .319 with a homer in 69 at-bats. The Blue Jays have been busy retooling since getting swept by the Seattle Mariners in the wild-card round. The Blue Jays also signed starting pitcher Chris Bassitt.

The Rouge et Or are feeling loose, confident and right at home after preventing the Mustangs from defending their Vanier Cup title. Next up is a return to the same field Saturday for a showdown with the Saskatchewan Huskies for the Canadian university football championship. “We’re always confident and we always think we’re going to win,” said Laval offensive lineman Nicolas Guay. “When you walk on a field, you should think that you’re going to win. It’s just envisioning great plays.”Laval will be looking to win the Vanier Cup for a record 11th time (10-2 all-time).