Utah Doctor Had Quite the COVID Vaccine Operation...Until the Feds Busted It Up 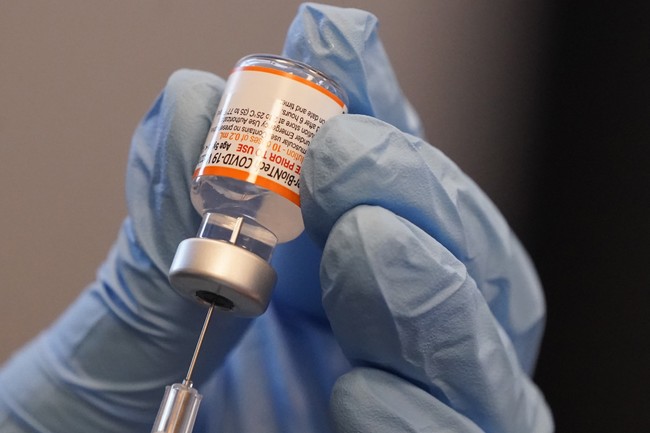 A Utah plastic surgeon had a decent operation going regarding administering the COVID vaccine. He destroyed nearly $30,000 worth of vaccines, injecting children with saline shots with the knowledge and approval of their parents, and offered fake vaccine cards. Someone is going to spill the beans or get caught with fugazi vaccine information, and evidently, that happened. Look, I had COVID, got the J&J vaccine, and received a Pfizer booster. I’m fine living with my choice to get it, but there is growing evidence that the vaccine is killing people.
Continue reading...

Zelensky’s Stoking Antisemitic Flames Could Get Himself Burned

Some months ago, after the Russian invasion, I noted that throughout history, when conflict comes to Ukraine, Jews get caught in the crosshairs. I appreciate Zelensky’s very real concerns about defending his country which does face a sort of existential threat, albeit nowhere near that of Israel. The theory goes that part of Zelensky’s repeated public criticism is to provide a smoke screen for Israel to maintain plausible deniability. Nevertheless, Zelensky’s engaging in public criticism of Israel does sow already fertile (blood soaked) soil for antisemitism in Ukraine, in Russia, and elsewhere. Zelensky will not be spared the antisemitic fires he’s stoking and, in the tradition of Ukrainian “heroes” like Chmelnicki, and could get burned.

Reyes slammed Florida Governor Ron DeSantis for exaggerating student loan debt percentages held by grad students – as DeSantis was using stats from The Poynter Institute, owner of PolitiFact. Ron DeSantis leads him to trouble. Ron DeSantis and former President Donald Trump when the governor had actually said critical things about Dr. Anthony Fauci. Nicholas Confessore – Delivered what could be considered an anti-Semitic attack by suggesting Jewish groups were behind the pardons delivered by President Trump. Friedman had an exclusive sit-down interview with President Biden, then in the opening of his piece, announced their entire discussion was off the record.

StosselTV producer Maxim Lott averages predictions from betting sites around the world and converts them to easy-to-understand percentages. But on Election Day, I saw how betting markets find the truth more quickly than others. Over time, betting has been a better predictor than polls, pundits, statistical models and everything else. If you think you know more than the bettors, you can try to make money by betting at Predictit.org. Since betting markets are clearly superior predictors, I'm surprised that anyone still pays attention to pundits.

Turn on MSNBC or open The Washington Post these days and you'll find pundits declaring the pending end of American democracy. Some of those Democrat-funded election deniers will win in just over a week. Despite this belief, Democrats spent upwards of $46 million, ensuring such candidates won Republican nominations for office. Unfortunately for Democrats, voters cannot fill up their cars with gas. Democrats chose to talk about the issues they care about and funded the very election deniers they claim are a threat to democracy.

Downfall - The End is Nigh for the Mullahs' Regime

The revolution, hijacked by the mullahs following the overthrow of the Shah in 1979, is now facing its own revolution, as 80 million Iranians demand regime change. The theocratic regime is now being actively investigated by the United Nations for the horrific massacre of over 30,000 political prisoners in 1988. The mass hangings targeted members and supporters of the Mojahedin-e Khalq (MEK), the main democratic opposition to the mullahs. Azadani has also been charged with moharebeh and it is feared the regime will shortly order his hanging to set an example. The most recent Iranian celebrity to be arrested and charged with “spreading falsehoods against the regime” is the Oscar-winning film star Taraneh Alidoosti.

Last November, Republican Glenn Youngkin won the Virginia gubernatorial race against former Gov. Terry McAuliffe (D-VA) by prioritizing education and parental rights, and it's an issue that continues to play a defining role in his administration. At a Back to School rally in late August, Youngkin told Townhall that he believed those issues would play a role in these federal midterm races as well. A Monmouth University poll released that same day showed parents heavily disapproving of President Joe Biden. A write-up for Monmouth University warns in its headline that "Biden Not Paying Enough Attention to Most Important Issues."

'Save Our Democracy' Is the New 'Russia Collusion'

On Oct. 24, co-host Nate Burleson told Weaver it was "powerful" she was wearing a button that read "Bans Off Our Bodies." Co-host Tony Dokoupil told Weaver: "The polls all show that most people in the country are where you are on this issue. On Oct. 26, Banks boasted about "these very revolutionary women in Chicago, who, pre-Roe, you know, provided caring and safe abortion care." Banks laughably claimed that in the film, "we depoliticized abortion health care in the film as much as possible, really tried to re-center it as the health care that it is." Everyone who uses phrases like "abortion care" is saying abortion isn't murder, it's "care."