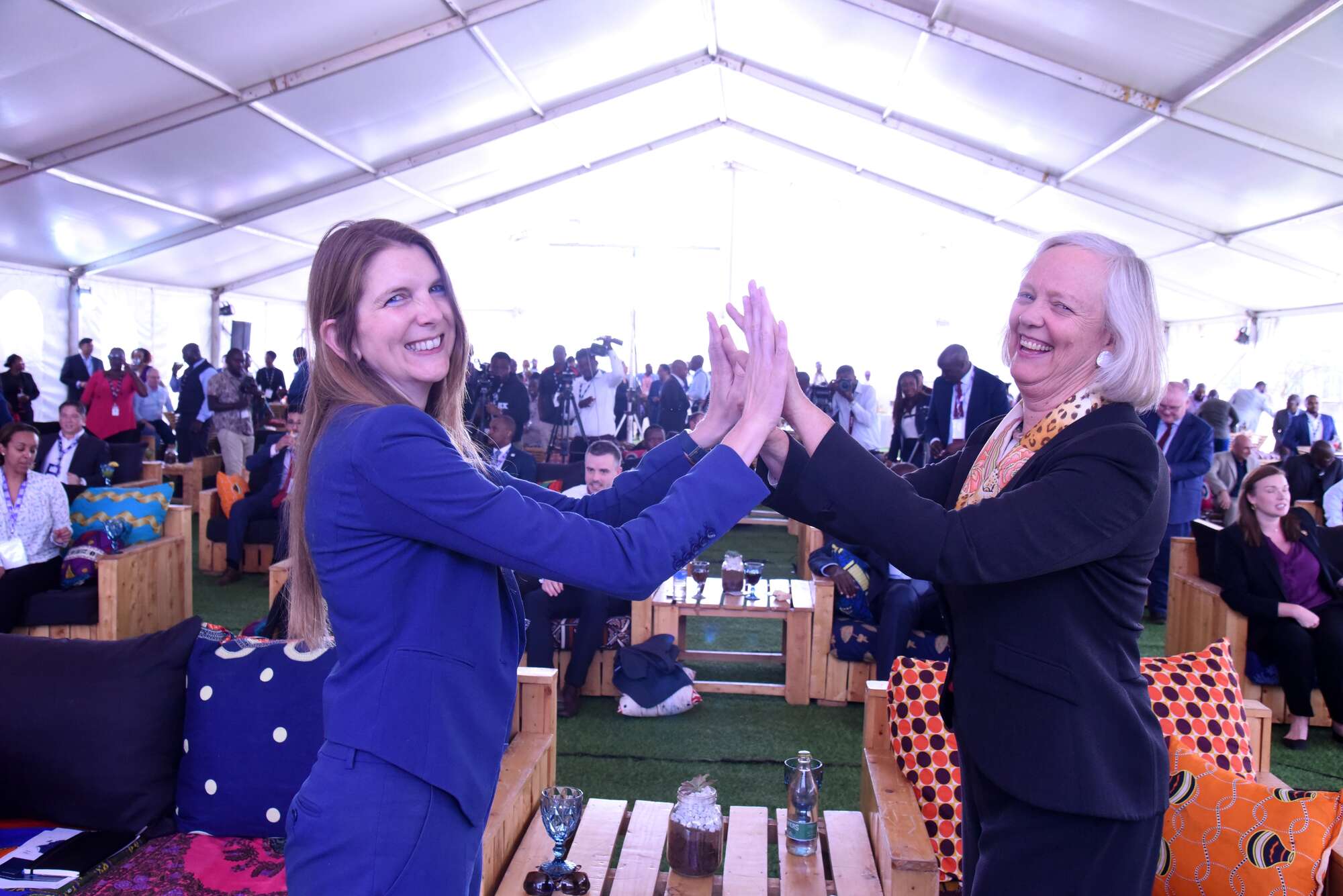 15 days ago The East African

By VINCENT OWINO More by this AuthorThe United States international investment agency has injected $30 million into Africa Data Centres (ADC) to expand its storage facilities in Nairobi that provide digital data storage services to businesses across the east, central and southern Africa region. With this additional investment, the company, which operates the region’s largest data centre, kicked off the construction of an additional facility that will more than triple its current capacity to 15 megawatts (MW), a project expected to end by mid-next year. “Eventually we will be able to expand to 20 or 25MW capacity if we witness a continued growth in demand. The centres lease storage space for backup and safekeeping of data to firms. Investments like the US’s [are] helping to bridge that gap.”Leading Africa tech hubMs Whitman reaffirmed her country’s commitment “to seeing Kenya succeed in its tech transformation.
Continue reading...

Read On "The East African"

More News On "The East African"

"And I have been elected as leader of my party and your prime minister in part to fix them," he said. Breaking his silence, Johnson offered his "full and wholehearted support" to Sunak -- having privately blamed his ex-minister for toppling him in July. US President Joe Biden called the appointment of the first British-Indian prime minister "ground-breaking" and "pretty outstanding". Sunak has rebuffed opposition calls for a snap general election after becoming the latest leader who lacks a direct mandate from the electorate. 'Unite or die'Britain's Conservative-supporting media hailed the appointment of Sunak, a wealthy descendant of immigrants from India and East Africa.

3 months ago The East African

By AFP More by this AuthorJubaPope Francis heads to South Sudan on Friday on the first papal visit to the troubled country since it achieved independence just over a decade ago. Here are five things to know about the world's newest country:Diverse peoplesWedged between Africa's lush tropical jungles and dry, barren deserts, South Sudan is composed of more than 60 ethnic groups. Both have existed for centuries along the White Nile, one of the two main tributaries of the world's longest river, which winds through South Sudan on its journey northward. In December 2013, fighting erupted between their bodyguards in Juba, Kiir accused Machar of plotting a failed coup, and South Sudan descended into civil war. Conflict, floods and hungerThe peace deal largely holds, but local militia conflicts, ethnic bloodletting and an insurgency in the nation's south has kept South Sudan locked in a state of pervasive violence.

1 day ago The East African

US piles pressure on Rwanda over eastern DRC violence

By IVAN R. MUGISHA More by this AuthorUS Secretary of State Antony Blinken has called on Rwanda “to take steps to facilitate de-escalation” in eastern DRC where Congolese forces are engaged in a battle with M23 rebels that are allegedly being supported by Rwanda. I underscored the United States' deep concern about the continuing violence in eastern DRC, and called on Rwanda to take active steps to facilitate de-escalation,” he said on Twitter. I reiterated Rwanda’s commitment to the regional Nairobi and Luanda mechanisms to bring peace and stability to eastern DRC and the region, and the need for all concerned parties to work towards a political solution to the crisis." The two leaders did not host a press conference as is customary when heads of state visit Rwanda, while Rwanda did not issue a statement about what the two leaders discussed. As the M23 rebels advanced to control more regions in eastern DRC, the Congolese government expelled the Rwandan ambassador and recalled its ambassador to Rwanda last month.

By AFP More by this AuthorNew YorkFormer US president Donald Trump must testify in April as part of a defamation lawsuit brought by a woman who says he raped her in the 1990s, a court said Tuesday. Trump, 76, faces twin allegations of rape and defamation in a case dating back to 2019 and brought by journalist E. Jean Carroll, who is now 78. Carroll, a former columnist for Elle magazine, sued then-president Trump for defamation in a New York civil court in 2019. Trump has said he never met Carroll and his lawyers have argued that Trump had immunity since he was president in 2019. Civil trialThis suit seeks a civil trial in 2023 and unspecified compensatory and punitive damages for psychological harm, pain and suffering, loss of dignity and damage to her reputation.

By AFP More by this AuthorLos AngelesElon Musk kicked Kanye West off Twitter on Friday "for incitement to violence," after the rapper posted a picture that appeared to show a swastika interlaced with a Star of David. West had also shared a picture of a shirtless Musk getting sprayed with water, captioned: "Let's always remember this as my final tweet." 'I love Nazis'On Infowars, West drew shocked laughter and even disagreement from far-right host Jones. I love Nazis," West said. "Conservatives who have mistakenly indulged Kanye West must make it clear that he is a pariah.

How Africa economies can respond to increasing and overlapping crises

This is compounded by a harsh drought in the Horn of Africa affecting food supply and security. However, even though Africa is less affected compared with the other regions of the world, the economic impacts remain one of the highest. Fiscal space and sound macroeconomic conditions will be key to properly respond to the various shocks faced by African economies. Prof Théophile T. Azomahou is Acting Executive Director and Director of Training, African Economic Research Consortium. This article was first published in “Foresight Africa 2023: Top priorities for Africa in 2023” published under the Brookings Institution, Africa Growth Initiative (AGI).

14 hours ago The East African

Prime Minister Hamza Abdi Barre officially launched the Somali Electricity Sector Recovery Project (SESRP) on Wednesday, aiming at increasing access to affordable and reliable electricity to the Somali people, as well as re-establishing the electricity supply industry across Somalia. The Ministry of Energy and Water Resources will implement the project in partnership with the World Bank Group. He spoke on behalf of Somali electricity service providers. At the event, Somalia Prime Minister Hamza Barre said the private sector will be key in rebuilding the country’s power supply lines. Mr Jama Taqal Abbas, the Minister of Energy and Water Resources, expressed optimism that the sector will grow.

3 months ago The East African