UK minister says FTA negotiations with India 'well advanced', next round to start off soon 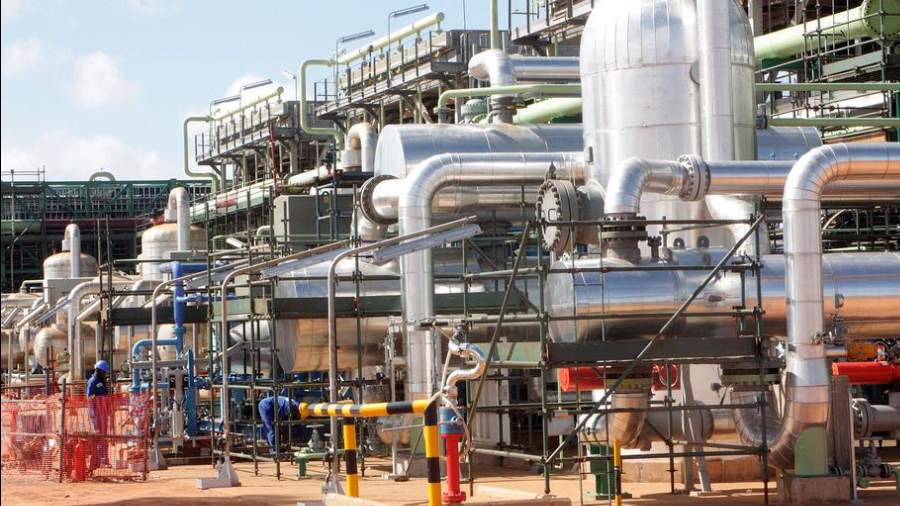 He confirmed that negotiations for a bilateral free trade agreement (FTA) are “well advanced”, with the next round of negotiations set to commence very soon. A strong trade deal with India could boost the UK economy by billions of pounds over the long term, helping families across the country, he said. “As an update, we have now completed six rounds of negotiations for a trade deal and will begin the next round very soon… Several noble Lords talked about timelines. Both sides formally launched FTA negotiations in January last year with former prime minister Boris Johnson announcing a Diwali deadline for its conclusion. Verma opened the debate by highlighting the recent creation of the India (Trade and Investment) All Party Parliamentary Group (APPG), backed by the British Indian think tank 1928 Institute as its secretariat.
Continue reading...

Former cricketers latched on to the 'opportunity' to take digs at him and there were also suggestions that he should quit T20 cricket. But Virat Kohli again by his standards didn't let those failures get on his nerves. And the match-winning 82 against Pakistan in a cliff-hanger has once again proved that this man personifies the adage - Form is temporary but class is permanent. With Hardik Pandya by his side, Virat built on the innings and made even a world class seamer like Shaheen Afridi ordinary with his strokeplay. And what about another legend, another World Cup winner and a resident of Sundernagar who went gaga over Virat's non-performance

It was a Sunday blockbuster with over 1.8 crore viewers tuning into the India-Pakistan T20 World Cup match on the digital streaming platform, Disney + Hotstar. It was also screened on theatres of PVR and Inox, which reported large visitors coming to watch the match at their cinema halls. On Disney+ Hotstar app, which streamed the match live, it was the highest-ever viewership at 1.8 crore beating the previous record of 1.4 crore recorded between the two teams at the Asia Cup, a source said. When the Pakistan innings ended there were 1.1 crore viewers live on the app and this increased to 1.4 crore viewers during the innings break. Karan Taurani SVP of Elara capital said it is a positive trend and now lots of sports viewership is coming on digital streaming.

More commercial rocket power Second Indian option with heavy payloadThe LVM3 lifts off from the Satish Dhawan Space Centre at Sriharikota on Sunday PTI picture| New Delhi | Published 24.10.22, 12:36 AMIndia’s largest rocket early on Sunday safely ferried into low-Earth orbit 36 satellites for a UK communications company, shining through its first commercial mission with its heaviest payload yet. The successful mission will bolster space market confidence in the LVM3 that has become the Indian Space Research Organisation’s second commercial rocket after the Polar Satellite Launch Vehicle (PSLV) that has launched foreign satellites for over 23 years, Isro officials said. The LVM3 — Isro’s largest and most powerful rocket — was primarily conceived to launch four-tonne payloads into geosynchronous orbits about 36,000km above the Earth. The Sunday launch has raised the count to 462, or 70 per cent of the satellites needed for global coverage. Isro has bagged a second contract to launch another set of 36 OneWeb satellites in early 2023, the deals facilitated by the Russia-Ukraine war that has stalled Russian launches of OneWeb satellites.

As notfor-profit media funding grows in India, this site is well worth profiling as a venture to emulate. It is the American edition of a non-profit first launched in Australia as a partnership between universities and journalists funded by universities and foundations. News sites across the world pick up their material to use and there is a partnership with Associated Press in place. The Conversation US has a large number of public and private research universities across the country as its founding partners. Smaller institutions pay less; larger research universities pay more.

The capital's air quality index (AQI) stood at 326 at 8 am on Tuesday. The neighbouring cities of Ghaziabad (285), Noida (320), Greater Noida (294), Gurugram (315) and Faridabad (310) reported 'poor' to 'very poor' air quality. The relatively better air this morning doesn't mean it's good air. The System of Air Quality and Weather Forecasting and Research (SAFAR) had earlier predicted that the air quality in Delhi will be recorded in the 'very poor' category if no firecrackers are burst. In case firecrackers are burst like last year, the air quality may plunge to 'severe' levels on the night of Diwali itself, it had said.

The election of Indian-origin Rishi Sunak as the United Kingdom's Prime Minister is pretty astounding and a ground-breaking milestone , United States President Joe Biden has said. (Sunak) is expected to become the prime minister, I think, tomorrow when he goes to see the king. Harris is now the US vice president and the second-most powerful person in the country after him. Claiming that his dispensation had more Asian Americans than ever, Biden said he wanted to thank the community for its contribution. Thank you, thank you, thank you, thank you, the president said.

Dwayne Johnson-starrer Black Adam, which released in theatres across India on October 20, is a much-needed Diwali blast for the fans of superhero films. She wakes up Teth Adam (Dwayne Johnson) from his grave to prevent Anh-Kot’s Crown of Sabbac from falling in wrong hands. Light-hearted comedyIn a departure from DC’s usual movie formula, Black Adam offers a complete package for movie-goers. Black Adam breaks away from it and incorporates tongue-in-cheek humour in the dialogues. Black Adam is a visual delightBlack Adam is an entertaining movie that keeps you on the edge of your seats throughout with spectacular action sequences.

And that’s not even the worst part of Ram Setu, which by that point has done its job of hammering the viewer into a shock-induced semi-comatose state. What the antecedents of the Ram Setu are is out for debate and isn’t the subject of this review. What definitely is is how frivolous the film makes it come off through its comic book-level plotting and amateurish treatment. Ram Setu aims to be Indiana Jones-lite and parts of it will remind one of a Monopoly version of National Treasure. Going by the number of people I had in the audience with me on release morning, Ram Setu looks well on its way to becoming Akshay’s fifth straight dud of the year.