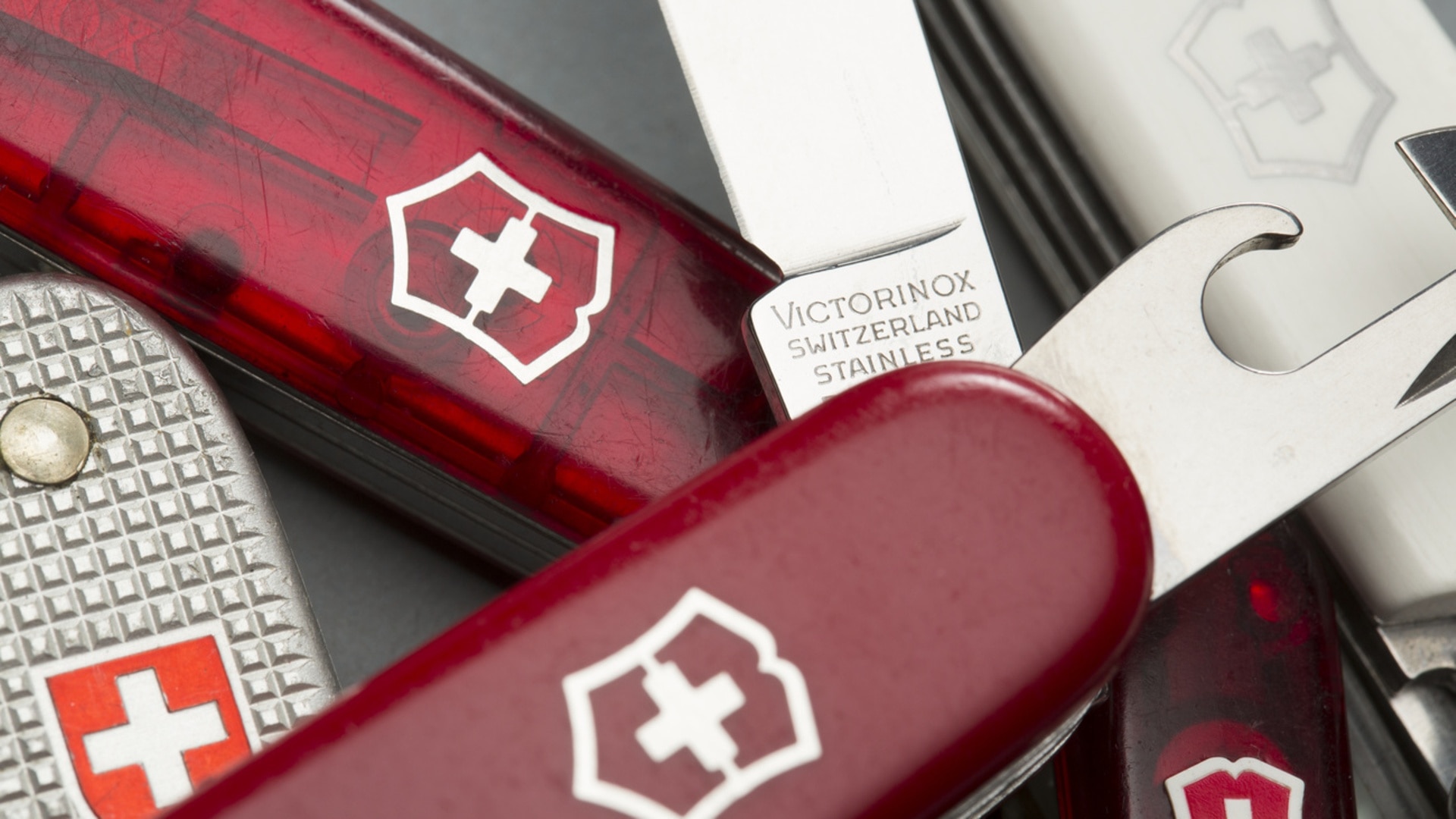 Swiss Army knives are very popular in Russia, the fifth-largest market for manufacturer Victorinox © Keystone / Gaetan BallyLeading Swiss brands have withdrawn from Russia because of the war in Ukraine. But since the knives are very popular in Russia, it’s unsurprising that dealers continue to sell them through unofficial channels on the so-called grey market. But by no means all Swiss companies and brands have withdrawn from Russia. But the fact is that most companies simply do not know whether their products enter Russia via the grey market. For example, Swiss chocolate company Lindt & Sprüngli opened its first Russian shop in 2016 and has been expanding steadily ever since.
Continue reading...

Swiss keep an eye on tensions in Kosovo

Source: Anadolu Anadolu/Getty ImagesThings are tense in northern Kosovo as a deadline approaches for Serbs to swap their Belgrade-issued number plates for local ones. To ease tensions, the deadline for swapping number plates was pushed back to the end of October. As East European correspondent for Swiss Public Television, SRF, it’s Peter Balzli’s job to report on developments in northern Kosovo. The correspondent’s view is that the situation there is likely to remain tense because, from the Serbian perspective, Kosovo remains Serbian territory. Serb media outlet Telegraf reported on October 19 that only 12 out of 9,000 cars with Serbian plates had been re-registered.

Chinese President Xi Jinping waves after his speech as the new Politburo Standing Committee members meet the media following the 20th National Congress of the Communist Party of China, at the Great Hall of the People in Beijing, China October 23, 2022. It is clear from the outcome of the 20th Party Congress that national security and the party’s political security will take precedence over economic growth." All of his rivals, potential and real, have been forced out of the Politburo Standing Committee and Xi loyalists took their place. CHRIS MILLER, PROFESSOR AT TUFTS UNIVERSITY, MASSACHUSETTS:“The party congress has reaffirmed Xi's decisive role in ruling the Communist Party, marking a continued shift away from collective leadership of party elites toward a personalized dictatorship. "Wang Huning’s presence also indicates to me that the ideological bent of the party and Xi will continue and even deepen."

This content was published on October 21, 2022 - 15:04(Bloomberg) -- Russian Defense Minister Sergei Shoigu discussed the war in Ukraine with US Secretary of Defense Lloyd Austin on Friday. Russian, US Defense Chiefs Speak for First Time Since May (3:22 p.m.)Russian Defense Minister Sergei Shoigu discussed the Ukraine war and other global security issues with US counterpart Lloyd Austin, Tass said, citing the Russian Defense Ministry. Austin also spoke on Friday with Ukraine’s Defense Minister Oleksii Reznikov, the Pentagon said. Musk Wades In on Ukraine Again (1 p.m.)Elon Musk says hasn’t spoken with Vladimir Putin since the Russian president sent his troops into Ukraine. Ukraine’s president said Kremlin forces had packed the dam with explosives at the Kakhovka hydroelectric plant, more than 40 miles upstream from Russian-occupied city of Kherson on the Dnipro River.

Ukraine Latest: First Russian, US Defense Chiefs Call Since May

Ukraine Latest: Musk Wades In Again; US Congressmen to Kyiv

Israel has offered to assist Ukraine in developing a missile warning system, but has made it clear it won’t provide weapons. He repeated calls for more air defense to protect Ukrainian civilians and critical infrastructure from Russian attacks. Musk Wades In on Ukraine Again (1 p.m.)Elon Musk says hasn’t spoken with Vladimir Putin since the Russian president sent his troops into Ukraine. “The role they play in the Ukrainian war is more and more clear,” De Croo told reporters ahead of the second day of the EU summit in Brussels. Mordashov, the biggest shareholder in steelmaker Severstal PJSC, was sanctioned by the European Union, the UK and US following Russia’s invasion of Ukraine.

(See RSAN on the Bloomberg Terminal for the Russian Sanctions Dashboard.) Russia is attempting offensives in the Bakhmut and Avdiivka directions, Ukrainian army spokesman Oleksandr Shtupun said. “The situation in Ukraine, which has a steady tendency towards further, uncontrolled escalation, was discussed,” by Shoigu and France’s Sebastien Lecornu, the ministry said. Vyacheslav Bohuslayev, Motor Sich’s president and co-owner, didn’t pick up calls from Bloomberg News to his personal phone. Ukraine Says Russian Troops Flee in Kherson Area (1 a.m.)Russian troops continue to leave the Kherson region amid a Ukrainian counteroffensive, the general staff in Kyiv said on Facebook.

Moscow’s troops are withdrawing from the western Kherson region. Ukraine has said that Russia intends to blow up a major hydroelectric dam upstream from Kherson to flood the Dnipro River and slow its advance. (See RSAN on the Bloomberg Terminal for the Russian Sanctions Dashboard.) Ukraine Says Russian Troops Flee in Kherson Area (1 a.m.)Russian troops continue to leave the Kherson region amid a Ukrainian counteroffensive, the general staff in Kyiv said on Facebook. Russian officers left the town of Beryslav, 77 kilometres (48 miles) east of Kherson up the Dnipro river, according to the account.