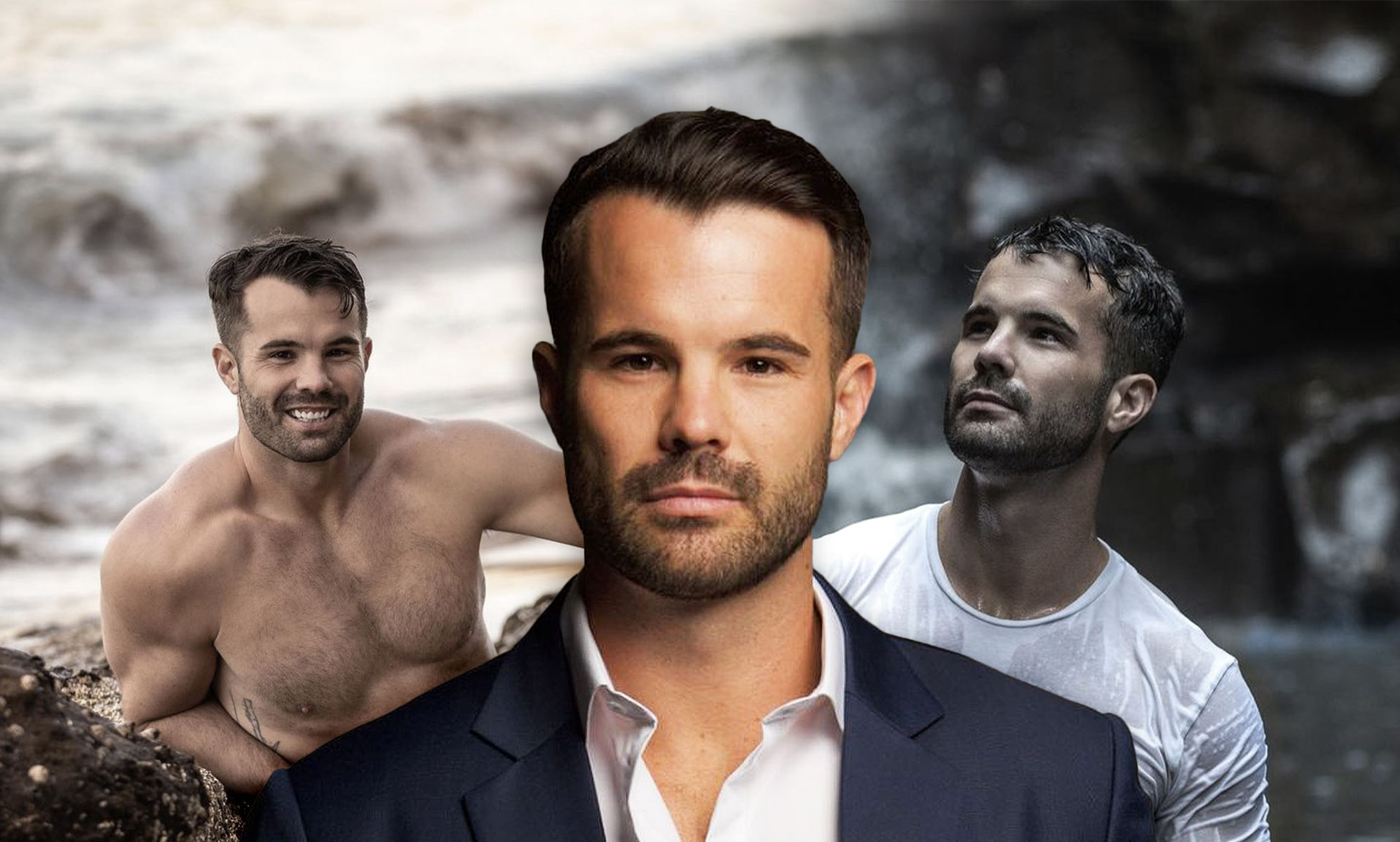 Simon Dunn, Australia’s first openly gay bobsledder, has been described as an “impassioned optimist” who worked tirelessly for charity, after he died at the age of 35. The athlete was known for taking part in both bobsled and playing rugby, as well as his work for charitable organisations, including the Terrence Higgins Trust. In an article for Gay Times, Dunn claimed he would continue championing all-gay teams “until I can comfortably say homophobia in sport is all but a distant memory”. Simon gave his time freely and generously for the many causes he believed passionately in and we’re very grateful that included Terrence Higgins Trust and National HIV Testing Week. pic.twitter.com/QCDmKyWJxP — Terrence Higgins Trust (@THTorguk) January 23, 2023The Sydney Convicts paid tribute to Dunn on its website, touching on both his athletic skill and his dedication to the LGBTQ+ community.
Continue reading...

The Last of Us fans hail groundbreaking gay love story: ‘This will go down in history’

The latest episode of HBO’s post-apocalyptic drama, The Last of Us, has landed – and the gay love story at its core is breaking hearts worldwide. Fan reaction in the US following the episode last night (29 January) is unanimous: there has never been an episode of TV like it. didn't expect a beautiful queer love story to be in this apocalypse show. like, it's so rare to see explicit gay love between two OLDER MEN which is rarely seen in any media. Like if the opening of Up were an hour long, Gay, and set in a zombie apocalypse.

Stranger Things' Noah Schnapp praised after coming out as gay

Stranger Things actor Noah Schnapp has been welcomed into the LGBTQ+ community with open arms after coming out as gay. !”congrats, noah schnapp! Now that he’s gotten older, they made it a very real, obvious thing.”“Truly I could not be more happy that Noah Schnapp plays Will Byers. the fact that noah schnapp grew up with will and he’s STILL going to grow with him by his side makes me feel so peaceful in a way. In this house we are proud of Noah Schnapp pic.twitter.com/6h3fZAQasu — Alexandra Halaby🏳️‍⚧️ (@iskandrah) January 5, 2023noah schnapp is gay !!

Pink Floyd fans have hit back at criticism of the band being “woke” for reinventing their iconic rainbow-coloured logo as a 50th anniversary celebration. In unveiling their new logo Pink Floyd fans were quick to notice the same signature rainbow feature remained. You aren’t wanted, and you obviously missed everything about Pink Floyd,” another wrote. Another added: “You know you’re homophobic when you get mad at the rainbow that has always been Pink Floyd’s logo. It’s all about Pink Floyd and their light show’.”

The BRIT Awards are under fire for failing to recognise a single woman for artist of the year, despite introducing gender-neutral categories in a bid to promote inclusivity. How can you have a “best artist” category and completely disregard the great female artist we have??? — • saz • 🇲🇦🇲🇦 (@SaraMotie) January 12, 2023The BRIT Awards announced in late 2021 that it would scrap its “best male” and “best female” categories in favour of gender-neutral awards. Elton John and Olly Alexander performing “It’s a Sin” together at a past BRIT Awards. The BRIT Awards will take place on 8 February 2022 and will be hosted by stand-up comedian Mo Gilligan.

Tory Scottish secretary Alister Jack has warned he could seek to block Scotland’s gender recognition reforms from gaining Royal Assent. The Scottish Parliament voted through its Gender Recognition Reform bill on Thursday (22 December) by 86 to 39. While this is usually mere formality, Westminster’s Scottish secretary has warned he could try to prevent it. This was the truly historic moment that the Gender Recognition Reform (Scotland) Bill was passed this afternoon. Under current legislation, trans people must apply to a UK gender recognition panel and present reports as well as a diagnosis of gender dysphoria – a process that can take years given the immense wait times at NHS gender clinics.

A Jewish man who lived through the horrors of the Holocaust has shared his heart-warming story of finally feeling able to come out as gay in his 50s. To have a gay relationship was illegal and frowned upon – and it was hard for me knowing that gay men were persecuted for their sexuality during the Holocaust. In his 20s, still feeling unable to live authentically as a gay man and feeling “societal pressure”, Kester got married and had two children. Now, he’s retired and has taken up singing alongside the capital’s iconic London Gay Men’s Chorus – a group he considers family. “When I look back on my life, I feel lucky to have been spared the horrible fate of millions of oppressed people, including Jews, but also gay men,” Kester writes.

Census data has revealed which parts of England and Wales that are home to the most and least queer people. (Getty)Reading has a much smaller LGBTQ+ presence at 4.17 per cent overall, with Central Reading scoring higher at 6.52 per cent and Wokingham Road being the place to be with 7.20 per cent. (Getty)In Norwich City Centre West a 14.09 per cent score stands out, while Earlham Road and College Road is also highlighted with a 10.73 per cent gay population. Lincoln has an overall LGB per cent of 6.34, with the Wharf and University boasting the highest 13.47 per cent. Areas including Shropshire, East Suffolk and Wiltshire all had under 3 per cent of the queer community living there.

16 minutes ago - Ireland To Dominate From Start To Finish 17 minutes ago - Boris Johnson talks cows, quadbikes and kids in Talk TV interview with Nadine Dorries 18 minutes ago - Movie reviews: 'Knock at the Cabin' wastes an interesting cast and premise with a hollow story 19 minutes ago - Kate Winslet's lookalike daughter Mia Threapleton, 22, looks chic at BAFTA bash 19 minutes ago - Invest in downtown Alpena expansion 21 minutes ago - How air pollution can checkmate chess players 23 minutes ago - Happy Valley’s 11 big unanswered questions before Sunday’s finale 24 minutes ago - Stock market news live updates: Stock futures fall ahead of jobs report, after Big Tech results disappoint 25 minutes ago - ‘Stonehenge of the North’ opens to the public 25 minutes ago - Global Aviation Connectors Market to Reach $6.6 Billion by 2030 26 minutes ago - Speech by Economic Secretary, Andrew Griffith MP, at The City UK’s Annual Dinner 26 minutes ago - BP Investors Hope for Shell-Level Profit Increases 30 minutes ago - Six Nations: Talking points ahead of Ireland's opener with Wales in Cardiff 31 minutes ago - Seth Rogen credits wife for his new lifestyle brand: she ‘held my hand throughout’ 32 minutes ago - What is the life expectancy of a lupus patient? Selena Gomez addresses shaky hands in new video 34 minutes ago - Man caught with crossbow pleads guilty to trying to harm Queen Elizabeth 36 minutes ago - Matty Healy urges Oasis to 'grow up', stop fighting and do Glastonbury 40 minutes ago - Global Forecast-Fahrenheit 42 minutes ago - Laurel Park picks and ponderings: February 3, 2023 * The Racing Biz 44 minutes ago - Marcus Rashford is Premier League Player of the Month for January as Mikel Arteta wins manager gong 46 minutes ago - OnlyFans model bombarded by 'unsolicited nudes' after just six months on the site 47 minutes ago - Grammy predictions: AP writers debate who’ll win on Sunday 50 minutes ago - 30-year-old dog earns Guinness World Record for being the oldest dog ever! 51 minutes ago - "Wetin do stadium?" Beyoncé announces Renaissance world Tour with no African country in sight, Nigerians react 51 minutes ago - Talking points ahead of England’s Calcutta Cup clash with Scotland 52 minutes ago - Crossbow intruder caught at Windsor Castle admits trying to harm queen 52 minutes ago - Inside one of 'Britain's grimmest suburbs' where fly-tippers 52 minutes ago - Beyonce Renaissance tour: More than 400,000 in queue for pre-sale tickets 53 minutes ago - Red Wave Investments LLC Has $438,000 Stake in Alphabet Inc. (NASDAQ:GOOG) 55 minutes ago - Italy v France, Six Nations 2023: Kick-off time, TV channel and team news 56 minutes ago - The Book Banners’ Recruitment Agenda: Book Censorship News, February 3, 2023 56 minutes ago - Fantasy Premier League: Four of the best captains for GW22 57 minutes ago - Ranking the Dallas Cowboys’ Last 7 Divisional-Round Losses From Least to Most Embarrassing 57 minutes ago - Apple doesn’t need a new HomePod, it needs a smart assistant 58 minutes ago - Crossbow-wielding intruder admits trying to harm the Queen 58 minutes ago - Italy vs France, Six Nations 2023: Kick-off time, TV channel, where to watch, team news, lineups, odds 58 minutes ago - ‘We will be back’, vows London’s Vagina Museum 58 minutes ago - Graham Potter starts three newcomers, one is a record signing 59 minutes ago - Emily Atack reunites with Inbetweeners co-star as they mull over 'sequel no one wanted' 1 hour ago - Wales v Ireland exact scoreline predicted as rugby writers agree what will happen 1 hour ago - Paddy Power Pick 5: Free chance to win £50,000 by finding winners from Dublin Racing Festival, Sandown & Musselburgh 1 hour ago - Confirmed runners and riders for day two of the Dublin Racing Festival 1 hour ago - All You Need to Know About Vitalik Buterin: The King of Ethereum 1 hour ago - Apple doesn’t need a new HomePod, it needs an assistant that’s actually smart 1 hour ago - Henry McLeish: The independence wars of the SNP and the culture wars of the Tories are holding Scotland back 1 hour ago - XRP Price Prediction as $1 Billion Trading Volume Comes In – Are Whales Buying? 1 hour ago - Six Nations team guide: Wales 1 hour ago - 5 Fortnite skins that were a victim of real-life controversies 1 hour ago - Samsung to pay $150m to Runcorn firm after legal battle 1 hour ago - Shell’s CEO says Europe’s energy crisis is far from over 1 hour ago - The Made-in-Texas Super Bowl Spread to Order for the Big Game 1 hour ago - “How Can You Allow That”: Toto Wolff’s Mentor Once Questioned the Privileges Enjoyed by Lewis Hamilton Despite All the Success 1 hour ago - Two members of European Parliament are stripped of immunity over ‘Qatargate’ 1 hour ago - UConn in the Pros: Bouknight back in G-League, Drummond finding role with Bulls 1 hour ago - Employed To Serve To Release Digital Deluxe Edition Of ‘Conquered’ 1 hour ago - With Tom Brady retired, what are the Buccaneers' QB options? 1 hour ago - Thomas Partey injury update given ahead of potential Jorginho debut against Everton as Arsenal boss Mikel Arteta admits to ‘tricky January’ 1 hour ago - Ireland begin Six Nations campaign against Wales in Cardiff 1 hour ago - Friends of the Earth v UKEF: Court of Appeal clarifies the approach to the Paris Agreement and Scope 3 emissions when making investment decisions 1 hour ago - ‘Nobody was listening’: Wales kick off Six Nations under a cloud of scandal