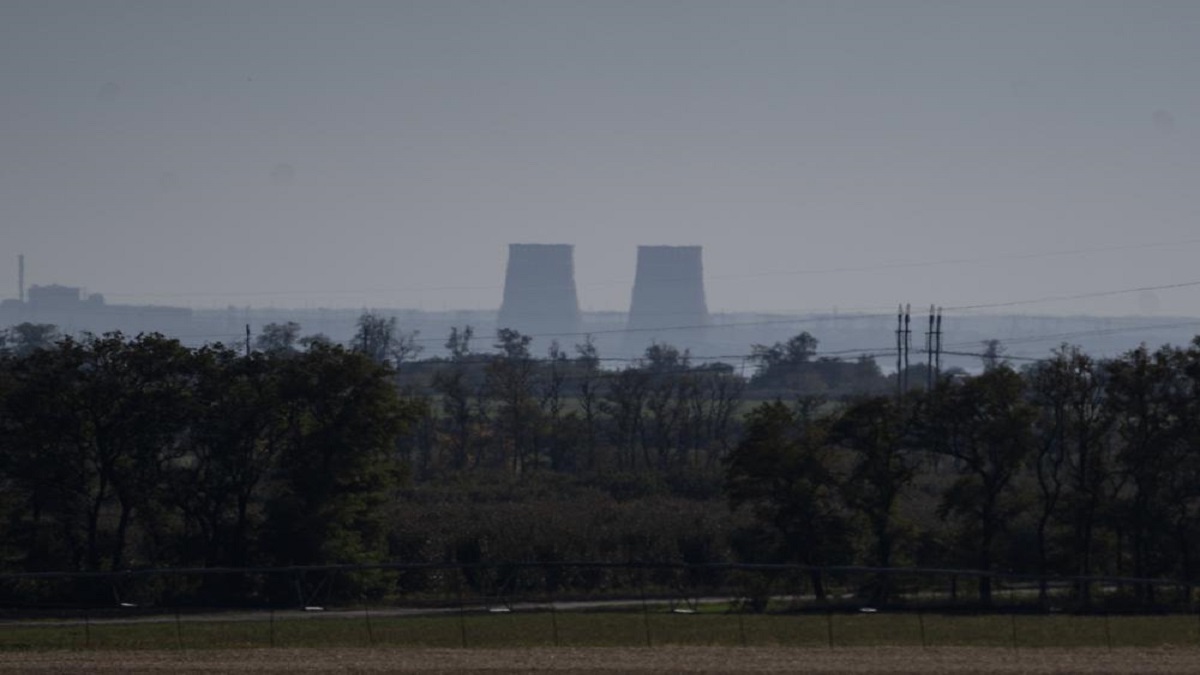 Zaporizhzhia nuclear power plant is seen from around twenty kilometers away in an area in the Dnipropetrovsk region, Ukraine, Monday, Oct. 17, 2022. Russian Defense Minister Sergei Shoigu made an unsubstantiated allegation that Ukraine was preparing to launch a so-called dirty bomb. Energoatom, the Ukrainian state enterprise that operates the country’s four nuclear power plants, said Russian forces have carried out secret construction work over the last week at the occupied Zaporizhzhia Nuclear Power Plant in Ukraine. The Kremlin has insisted that its warning of a purported Ukrainian plan to use a dirty bomb should be taken seriously and criticized Western nations for shrugging it off. The president was also asked whether the claims about a Ukrainian dirty bomb amounted to a false-flag operation.
Continue reading...

US President Joe Biden and First Lady Dr Jill Biden on Monday hosted a Diwali reception at the White House in what they called the largest since the People’s House started celebrating the festival during the George Bush administration. US Vice President Kamala Harris was also seen celebrating Diwali with holding a sparking 'Phuljhadi' and sharing waves of laughter with Indian origin people at the event. It’s a wonderful recognition by the President and by the White House to host all of us on Diwali. Lauding the Diwali celebration, Bhutoria said it sent a message “how much President Biden and this administration loves and respects the South Asian community”. Earlier, welcoming the guests, Biden said it was the first Diwali reception to be held at the White House on such a scale.

Heat-related deaths increased by 68 percent between 2000-2004 and 2017-2021, while vulnerable populations -- the elderly and children less than a year old -- were exposed to 3.7 billion more heatwave days in 2021 than annually in 1986-2005, according to a global report. Health systems are the first line of defence in an atmosphere where health impacts due to climate change worsen and compound other co-existing crises. However, just as the need for health care rises, health systems are being debilitated by the effects of the pandemic and cost-of-living crises. In 2022, while marking the 30th anniversary of the signing of the UN Framework Convention on Climate Change (UNFCCC), countries agreed to prevent dangerous anthropogenic climate change and it deleterious effects on human health and welfare. However, according to the Lancet report, this has been followed up with little meaningful action.

Russia Ukraine war: United States to send Ukraine additional $275 million in military aid. Officials said there are no major new weapons in the US package, which is expected to be announced on Friday (October 28). The departments of State, Defense and Commerce are all involved in the accounting process. The U.S. had committed to delivering two of the medium-range, surface-to-air missile systems to Ukraine soon. Including the new $275 million, the U.S. has now committed nearly $18 billion in weapons and other equipment to Ukraine since the war began on February 24.

The scale of the disruption to American kids’ education is evident in a district-by-district analysis of test scores shared exclusively with The Associated Press. The amount of learning that students lost – or gained, in rare cases – over the last three years varied widely. Poverty and time spent in remote learning affected learning loss, and learning losses were greater in districts that remained online longer, according to Kane and Reardon’s analysis. In some districts, students lost more than two years of math learning, according to the data. The implications for kids’ futures are alarming: Lower test scores are predictors of lower wages, plus higher rates of incarceration and teen pregnancy, Kane said.

Follow us on Image Source : PTI Former Pakistan PM Imran KhanFormer Pakistan Prime Minister Imran Khan has once again praised India's leadership and foreign policy saying the government in New Delhi is not irresponsible. Addressing a rally in Lahore, Imran Khan threatened the current political dispensation in Islamabad saying he's not like Nawaz Sharif who will run away adding he'll expose the ISI. Khan, 70, plans to arrive in Islamabad on November 4 and has sought formal permission from the government to allow his party to hold a protest rally. His party has billed the protest as a ‘Haqiqi Azadi March’ or a protest for actual freedom of the country. We are not going to Islamabad to create any mischief,” Khan assured, adding that despite all his peaceful intentions he was ready for arrest as well.

The Men in Blue are all set to face off against the Netherlands, in what is being touted as a stop en route to the big Protea challenge. Bowling coach Paras Mhambrey confirmed on Wednesday that the Indian team will play the same eleven against the Netherlands that took the field against Pakistan on Sunday. In a tournament like the World Cup, no team likes to tinker with the playing eleven and the Indian team management is also following the same theory. Bas de Leede, whose father Tim represented the Netherlands in the 1996 ODI World Cup, is also part of the squad. This World Cup has already seen a few upsets and Rohit Sharma and Company would want to put their best foot forward.