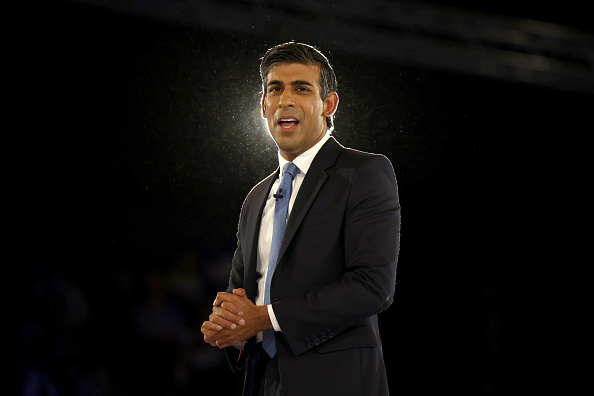 RISHI SUNAK has been announced as the UK’s next Prime Minister and will be the first person of colour to take on the top job. “Just last month the Conservative Party rejected Rishi Sunak in a leadership contest. Rishi Sunak as PM? “Tory MPs have coronated Rishi Sunak, the richest MP in Parliament, as their new leader. “After today’s latest Tory undemocratic stitch-up Rishi Sunak will secure his place in history.
Continue reading...

Celebrating the life of Ron Hope

Remembering the contribution of black people who served in the wars

In our acts of Remembrance, we remember all those who defended, against the worst of humanity, the structures we take for granted. In our acts of Remembrance, we remember those who offered their lives to provide space for peace and humanity to flourish. Non-white soldiers generally received less pay, sometimes as little as a third of what their English counterparts earned. Though Commonwealth soldiers played a vital role in the Allied victory, after the War their contribution was suppressed to protect the monochromatic image of the British Empire. Unbeknown at the time, Commonwealth soldiers were fighting two enemies at once: the brutal foes on the battlefield and the systemic racism and prejudice of colonialism.

‘Labour is taking the black vote for granted’

LABOUR IS riddled with anti-black racism, according to a whistleblower who used to work at the party’s HQ. An investigation by The Voice has found that a document on identifying anti-black racism was watered down and black staff were not consulted until after it was written. Despite Labour riding high in the polls with the Conservative government in chaos and the economy in turmoil, black activists are now questioning whether Labour has done enough to earn black votes. The assumption is that black voters have nowhere else to go. With speculation that Britain could see an election as early as next spring, time is running out for Labour to prove it is not taking black votes for granted.

BRITAIN’S PREMIER award ceremony for UK Rap and Grime, The GRM Rated Awards announced the winners at a packed live ceremony in central London last weekend. Returning for its seventh year, this year’s GRM Daily Rated Awards celebrated the best talent in UK music with the presentation of awards spanning over eleven categories recognising some of the scene’s biggest names and their contribution to UK music between June 1 2021 to July 1 2022. Capturing the vibrancy and diversity of UK Rap and Grime like no other award show could, this years Rated Awards featured exclusive performances from upcoming and established artists. Performance highlights at this years GRM Rated awards included Ms Banks, Ivorian Doll and Dreya Mac who teamed up for a remix of ‘Baddie’ featuring Felix the 1st. He told the ceremony in London on Sunday “Big up GRM, big up everyone who made this year possible.

WEST INDIES cricket hit a new low after the Nicholas Pooran-team failed miserably in their T20 World Cup qualifier against Ireland, soundly beaten by nine wickets against resilient Ireland today. The Caribbean side bounced back with aplomb to destroy Zimbabwe by 31 runs on Wednesday, when pacers Holder and Antigua’s Alzarri Joseph impressed. Absolutely nothing went in favour for the West Indies after they won the toss and elected to bat. The early loss of both openers, Barbados’ Kyle Mayers and St. Lucia’s Johnson Charles, caught out the Windies. This embarrassment of another hefty loss in the elite tournament that the West Indies have won twice, most recently eight years ago, will be hard to swallow for players, fans and Cricket West Indies (CWI) alike.

THE FAMILY of Oladeji Omishore will be marching to Downing Street this weekend to demand an end to deaths in police custody. His family will be marching alongside United Families & Friends (UFFC) at their annual rally and demonstration calling for an end to state killings. The Omishore family will be one of six families who will deliver a letter to the Prime Minister at Number 10 Downing Street. The Omishore family are calling for the IOPC to conduct a judicial review into their decision not to “hold a criminal or conduct investigation” into Oladeji’s death. UNARMED: Chris Kaba was shot dead by police on 5 September in South London (Picture: Supplied)On Instagram Jefferson Bosela, the official Kaba family representative wrote: “On Saturday the Kaba family will join the United Families & Friends Campaign in their annual remembrance procession.

The Confederation of African Football (CAF) will have five representatives at the FIFA World Cup 2022 in Qatar, all looking to make an impact. Their free-flowing attacking football saw them finish joint top scorers in World Cup qualifying with 24 goals. They will however be buoyed by the recent additions of Brighton’s Tariq Lamptey and Athletic Club’s Inaki Williams to their World Cup squad. The Indomitable Lions will face an uphill battle, but enter the World Cup in exceptional form. Tournament prediction: Group stage exit