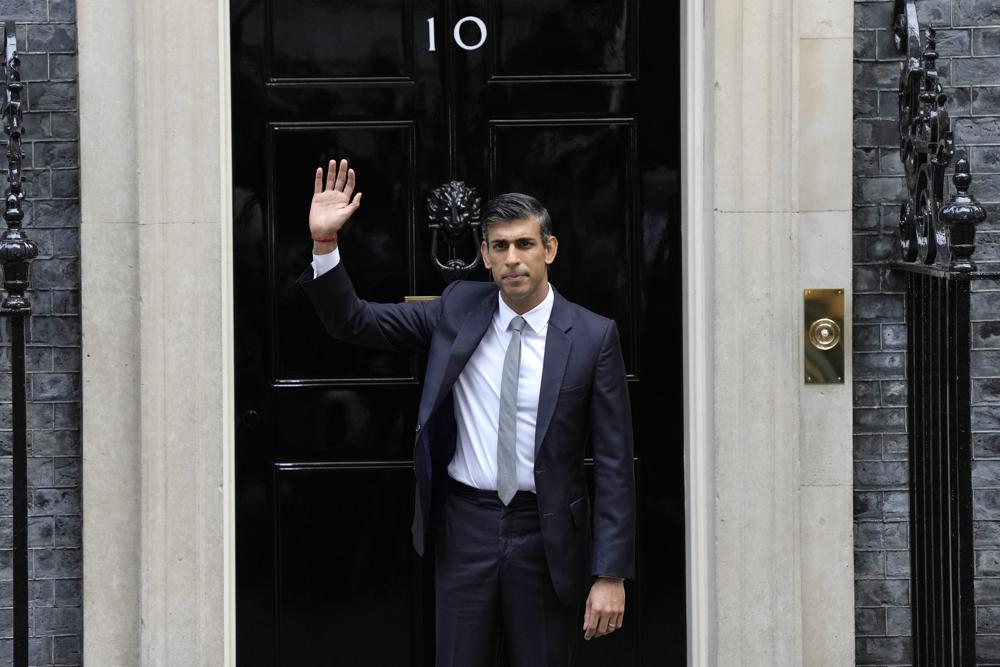 James Joyner · · 5 commentsWaPo (“Rishi Sunak to become U.K. prime minister, first person of color in role“):After months of political fever, Britain on Tuesday will get a new prime minister, the third in two months, with the country now looking to Rishi Sunak — a former finance minister and hedge-fund manager, a 42-year-old whiz kid, richer than the royals — to beat back the harshest economic head winds here in a generation, including some of his own creation. Sunak’s rise to the top office is especially significant in a country that has sometimes struggled to grapple with the legacy of its colonialist past. Sunak vowed to serve with “integrity and humility” — qualities he suggested were lacking when he resigned from Boris Johnson’s government and led a revolt against his former boss. He called for “stability and unity” — in other words, the opposite of the tumult and divisions that characterized Truss’s tenure. Sunak wrote big checks as chancellor under Johnson during the pandemic.
Continue reading...

Read On "Outside The Beltway"

More News On "Outside The Beltway"

Fetterman and the Politics of Optics

Mr. Fetterman slashed Dr. Oz as a wealthy outsider unfamiliar with the economic struggles of Pennsylvanians. Mr. Fetterman sought to address the issue at the very start. Mr. Fetterman’s words were frequently halting, and it was apparent when he was delayed in either reading or reaching for a phrase or word. And from the opening minutes, he seized the chance to tack to the political center, casting himself as a problem-fixing surgeon and labeling Mr. Fetterman repeatedly as a radical. Axios (“Fetterman’s painful debate“):Capitol Hill’s reaction to the Pennsylvania Senate debate was brutal for Democratic nominee John Fetterman, from Democrats and Republicans alike.

Liz Truss ResignsShe is the shortest-tenured Prime Minister in British history. James Joyner · · 26 commentsBBC (“Liz Truss resigns as prime minister after Tory revolt“):Liz Truss has dramatically resigned as prime minister after just 45 days in the job. Ms Truss – who took office 44 days ago – will become the shortest-serving PM in British history when she stands down. CNBC (“UK Prime Minister Liz Truss resigns after failed budget and market turmoil“):U.K. Prime Minister Liz Truss resigned Thursday following a failed tax-cutting budget that rocked financial markets and which led to a revolt within her own Conservative Party. Here we are just 100-odd days later and his successor, Liz Truss, performs that same walk and utters a very similar set of words.

Musk Acquires Twitter, Fires ExecutivesThe social platform beloved of the intellectual class is about to undergo radical change. James Joyner · · 1 commentWaPo (“Elon Musk closes Twitter deal and fires top executives“):Elon Musk became Twitter’s owner late Thursday as his $44 billion deal to take over the company officially closed, marking a new era for one of the world’s most influential social media platforms. Still, “Twitter obviously cannot become a free-for-all hellscape, where anything can be said with no consequences!” Musk tweeted Thursday, in a post offering assurances to advertisers. If Twitter is struggling with this now, imagine the impact if Musk does decide to turn the platform into a maximalist speech Thunderdome. Musk very well could kill Twitter out of malice or hubris, or through calculated, boneheaded decisions.

29 days ago Outside The Beltway

A new, women’s-specific running shoe brand called Hilma promises to deliver “a new level of comfort to women runners unlike anything that exists,” according to founder Brooke Torres. “When I started running and racing, people would always ask me, ‘What is the best running shoe?’” says Torres. To date, just a few brands have come out with running shoe models specifically and exclusively for women. But, says Torres, Hilma is doing things differently. At the end, the survey will generate the recommended Hilma size and fit.

29 days ago Outside Magazine

The decision leaves Harila two peaks shy of her goal to become the fastest person to ascend the world’s 14 peaks above 8,000 meters (26,250 feet). Earlier this month Harila attempted to scale Cho Oyu from Nepal—the peak straddles the country’s border with China. Purja’s effort and his 2021 Netflix documentary 14 Peaks: Nothing Is Impossible brought considerable attention to the challenge. Like Harila, Purja faced hurdles in obtaining a permit to climb in China, because he sought to ascend Shishapangma after the climbing season had closed on the mountain. She also said she plans to return in 2023 to climb the peaks and complete her challenge, even if the speed record is out of grasp.

28 days ago Outside Magazine

Hockey: Opondo eager to inspire Lakers to wins against Sailors and Sliders

[Denish Ochieng, Standard]When Aurelia ‘Aura’ Opondo was left out of the national hockey women’s team that featured in this year’s Commonwealth Games, she did not give up on her goal to be the best hockey player. Despite being instrumental for Kenya when the national team won bronze at the 2022 Africa Cup of Nations, the Lakers Hockey Club striker did not make the final squad. Lakers, who are yet to win any of their home matches, host struggling Amira Sailors today (1pm) and bottom placed Sliders tomorrow (9am) at Kisumu Day High School grounds. Opondo was the Super League top scorer with eight goals when Lakers was promoted to the top tier league in 2018. Jaguars closed the gap between them and Police to within three points after thrashing Strathmore University Gladiators 5-2 last weekend.

1 month ago The Standard