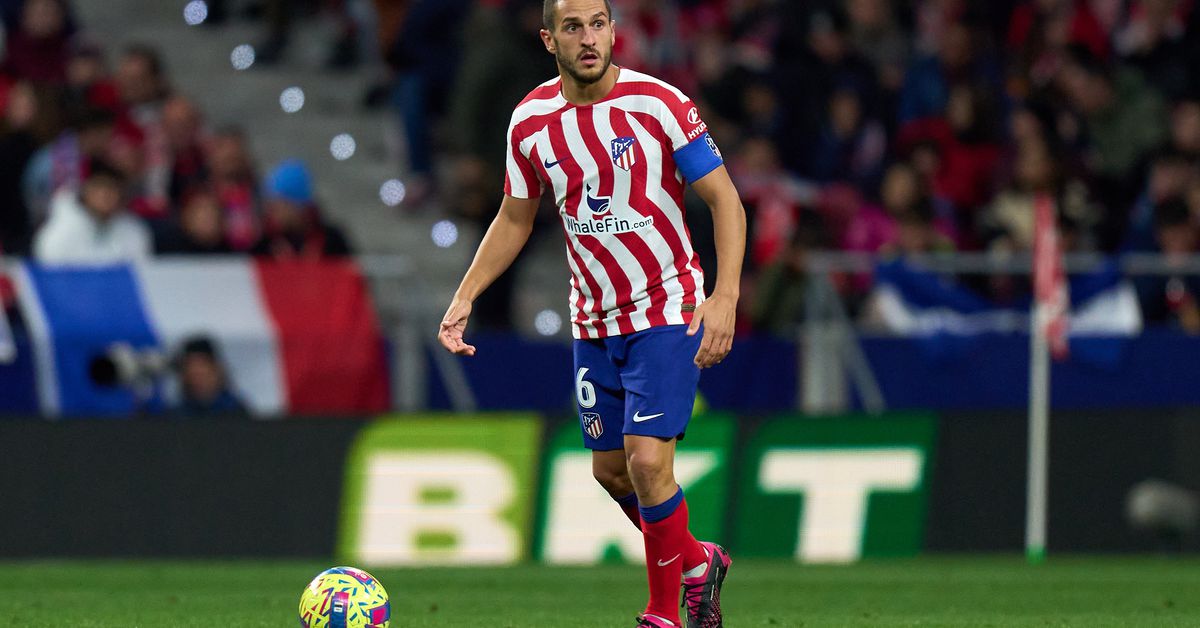 13 days ago Into the Calderon

Atlético Madrid will make the short trip to the Santiago Bernabéu on Thursday night for a Copa del Rey quarterfinal with eternal rival Real Madrid. Atleti also sit 10-plus points behind both Madrid and FC Barcelona with not even half the season complete, so the Copa del Rey is the team’s only realistic shot at silverware. The Spain international will join Aurélien Tchouaméni, Eden Hazard, and Lucas Vázquez on Ancelotti’s absent list with Madrid seeking a first Copa del Rey semifinal since 2019. Madrid have won five and drawn three of the 10 derbies played since Atleti won the European Super Cup in Estonia over four years ago. The Rojiblancos have only ever won twice (from 21 attempts) at the Bernabéu in the Copa del Rey — but one of those wins was the 2013 Copa del Rey final, which remains Atlético’s last triumph in this competition.
Continue reading...

Read On "Into the Calderon"

More News On "Into the Calderon"

3 things learned: Atlético frustrate themselves in 1-0 defeat to Barcelona

In a bizarre game, Atlético Madrid deserved to take more than a 1-0 defeat at the Estadio Cívitas Metropolitano against FC Barcelona. Diego Simeone opted for the back three, and the system seemed to be the right match for Barcelona. The figures from Atlético Stats prove the defender’s ineffectiveness, with possession lost in one of every four touches he had. Koke did not progress the play enough, and Atlético could not break out of their own half. While Griezmann dropped to recover the ball and the press intensified, Atlético had no direct route out.

1 month ago Into the Calderon

Atletico Madrid are out of the Champions League for the 2022/23 season. They have underperformed and disappointed throughout the 1 month and 19 days in which Atlético have participated in the Champions League. In five Champions League games to date, Atlético’s forwards have scored just one goal. And that is where Atleti have gone wrong, with four goals from nearly nine xG in the Champions League this season. Why that run differs when it goes from domestic league competition to elite European action is a concern that Simeone must look into immediately.

Scouting from the stands: Camello flashes serious potential in Rayo’s thrashing of Cádiz

On Saturday afternoon, I went to Campo de Fútbol de Vallecas to watch Rayo Vallecano de Madrid and Cádiz CF. But once I saw the starting lineups, I immediately keyed in on forward Sergio Camello, an Atleti academy graduate playing on loan at Vallecas this season. On 79 minutes, Camello grabbed his second goal of the season and Rayo’s fourth of the contest. Still, it’s not difficult to see a guy as agile and instinctive as Camello fashioning a productive career in LaLiga. All this to say: Camello — whose Atlético contract also runs four more years — might have a place in Simeone’s squad next season.

This game against Betis (6-2-2, 20 points) begins a significant week for Atlético (6-2-2, 20 points). “We have to make that (same) effort at home, with our fans’ support, so that the team recovers its energy and we, from the inside, get people excited about the team,” Simeone told the media on Saturday. Defenders Felipe and Sergio Reguilón returned to training on Friday and will be in contention for the squad list. Saúl Ñíguez is expected to make his fifth start of the league season, joining Axel Witsel and Geoffrey Kondogbia in midfield. “He is training better, with good energy and good feelings.”This game preview will be updated with the confirmed squad list.

Elche failed to penetrate the Atlético Madrid backline for most of the match. In the last minutes of the game, Oblak made a diving save on Pedro Bigas to keep his clean sheet. His partnership with Stefan Savić kept Elche forwards Roger Martí and Lucas Boyé without a single shot attempt. The Montenegrin player of the year had a solid night at the Metropolitano, taking a game-high 102 touches to boot. —7Álvaro MorataElusive for the Elche defense, opting to made diagonal darts across the field to receive passes into the final third.

1 month ago Into the Calderon

Starting XI:OblakThe Atlético Madrid keeper was quick to come off his line and scooped up a number of long over-the-top passes. But he is a vital player because his game is so complete otherwise — dribbling, passing, defensive contribution, you name it. 5SaúlScored the winner, his first Atlético goal in nearly two years. Did a great job to chest down and control the long pass from de Paul. pic.twitter.com/Azw2wVA6J7 — Atlético Stats (@atletico_stats_) January 29, 2023MorataSought out chances and got one in the box late on from a promising Griezmann pass.

9 days ago Into the Calderon

Starting XI:OblakValladolid were unable to muster many chances, so it was another comfortable match for the Atlético Madrid keeper. Was able to weather Valladolid’s initial attacks and spent most of the match clearing the ball and circulating the ball. Connected well with Griezmann and out wide with Marcos Llorente before being subbed out for Geoffrey Kondogbia in the second half. Offensively, the captain nabbed a hockey assist on Morata’s goal and hit a shot in the second half that hit the woodwork and glided just wide. He hit both posts with a shot in the second half with Atlético pushing for a fourth goal.

17 days ago Into the Calderon