Reader question: Why do French strikes always seem to be on Tuesdays and Thursdays? 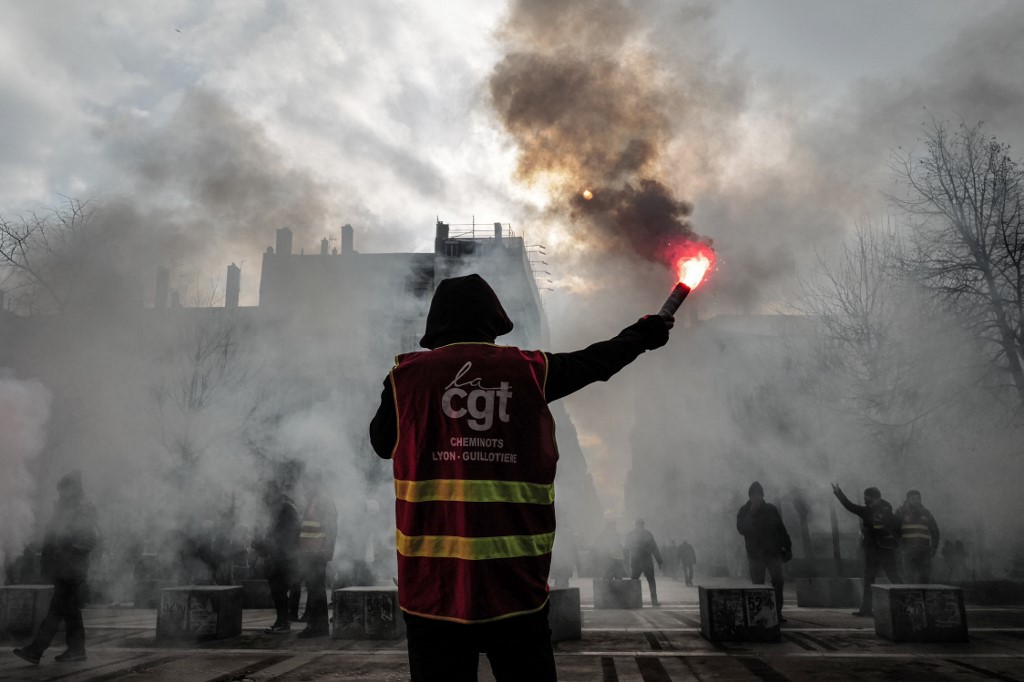 9 days ago The Local France

There are two types of strikes in France – unlimited or open-ended strikes that run for days or weeks at a time and single-day actions. READ MORE: Calendar: The French pension strike dates to rememberStéphane Sirot, a historian specialising in the sociology of strikes and trade unionism, explained to French newspaper Le Parisien that it’s all about maximising turnout. For this reason, weekends and public holidays are out because these days tend to have a reduced workforce. These days the Wednesday half-day is less common, but it still happens so unions usually avoid Wednesdays as well – leaving Tuesdays and Thursdays the optimum strike days. Of course, if the one-day strikes turn into une grève illimité (unlimited strike) or une grève reconductible (renewable strikes) they will encompass the whole week.
Continue reading...

Read On "The Local France"

More News On "The Local France"

British PM to visit France for first summit in 4 years

The country was severely disrupted by strikes and street protests over pension reform in 1995 and 2019. Unlike other countries almost all French people, save the very rich, depend entirely on the state pension system. To fund such a generous system, France can no longer afford to work fewer years than its EU partners or international competitors. Both the hard-left La France Insoumise and the far right Rassemblement National still campaign for the retirement age to be lowered to 60. The retirement age will rise to 64 by 2030, in three monthly instalments each year from September, rather than 65.

23 days ago The Local France

Ask the Expert: How Brexit has changed the rules on pensions, investments and bank accounts for Brits in France

READ MORE: Ask the expert: What are the best UK banks for Brits in France? READ MORE: What is a Livret A and should foreigners living in France open one? There are also several other savings accounts options available to UK nationals living in France, and you can find more information HERE. Brits in France can continue to hold UK ISAs, but they cannot open new ones or add money into an existing one. “For Brits coming to France, it’s like someone erased the box, so what is inside is no longer tax efficient.

1 month ago The Local France

Given the subject – pension reform – they should perhaps be planning the “grandmother” of all battles. The country was severely disrupted by strikes and street protests over pension reform in 1995 and 2019. It will no doubt be necessary for a future President to stir up the old sea-serpent of pension reform once again in the next decade. Unlike other countries almost all French people, save the very rich, depend entirely on the state pension system. There is, in truth, not one French state pension system but 42 different regimes, including favourable deals for rail and Paris Metro workers, ballet dancers, lawyers, oil refinery and power station workers, police and soldiers.

23 days ago The Local France

Here’s how this will affect Paris – you can find full details of the nationwide service impacts HERE. 6 ways to get a round Paris without public transportMetroLines 1 and 14, which are automated, will run as normal, but are likely to be extremely busy. TramON average, 8 in 10 of the normal services will run, a detailed timetable will be published on Monday evening. FlightsThere will be some cancellations of flights, but only those arriving or leaving at Paris Orly airport. DemosThere will be demonstrations and marches across the country, including in Paris where a large turnout is expected.

5 days ago The Local France

Revealed: The simple trick to get the gender of French nouns (mostly) right

The Local reached out to readers to ask for their suggestions, and here are some of those French words that people just can’t stop using, even if they are speaking English. While you could say ‘document’ or ‘form’ in English instead, you probably have gotten so used to needing attestations, that you just use the French word instead. The French word, croquettes (pronounced croh-ketts) is simply much more fun. Perturbé (pronounced pair-tehr-bay) translates to ‘disrupted’ which does not seem to fit quite as well as the original French word. “I love that” in English feels a bit hollow in comparison to a well-enunciated j’adore (pronounced jah-door) in French.

3 months ago The Local France

On the agenda: What’s happening in France this week

Heating oilLower-income households that use oil to heat their homes will be eligible for a voucher worth €100 in November. Those who have already used a voucher to cover part of the cost of an oil bill will receive theirs automatically. Some three million households in France will be eligible for the rebate voucher. READ ALSO How to adopt a pet from a French animal shelterPublic holidaysAfter months without a public holiday, two come along this month. The next public holiday is Christmas Day, December 25th.

3 months ago The Local France

The language level A1 in the international DELF scale is defined as: “The most basic level at which a language is used, called the “discovery” stage. These provisions are generally used for people who have committed crimes or those linked to terrorism or extremist preaching. However, a similar provision was initially included in the anti-separatism law in 2021 and was rejected by the Constitutional Council because it was too vague. It can only be used by medics recruited by public or not-for-profit hospitals or health centres, not private ones. People-smugglersThe bill proposes tougher sanctions for people-smugglers with a maximum 20 years in prison and fines of up to €1.5 million.

1 month ago The Local France