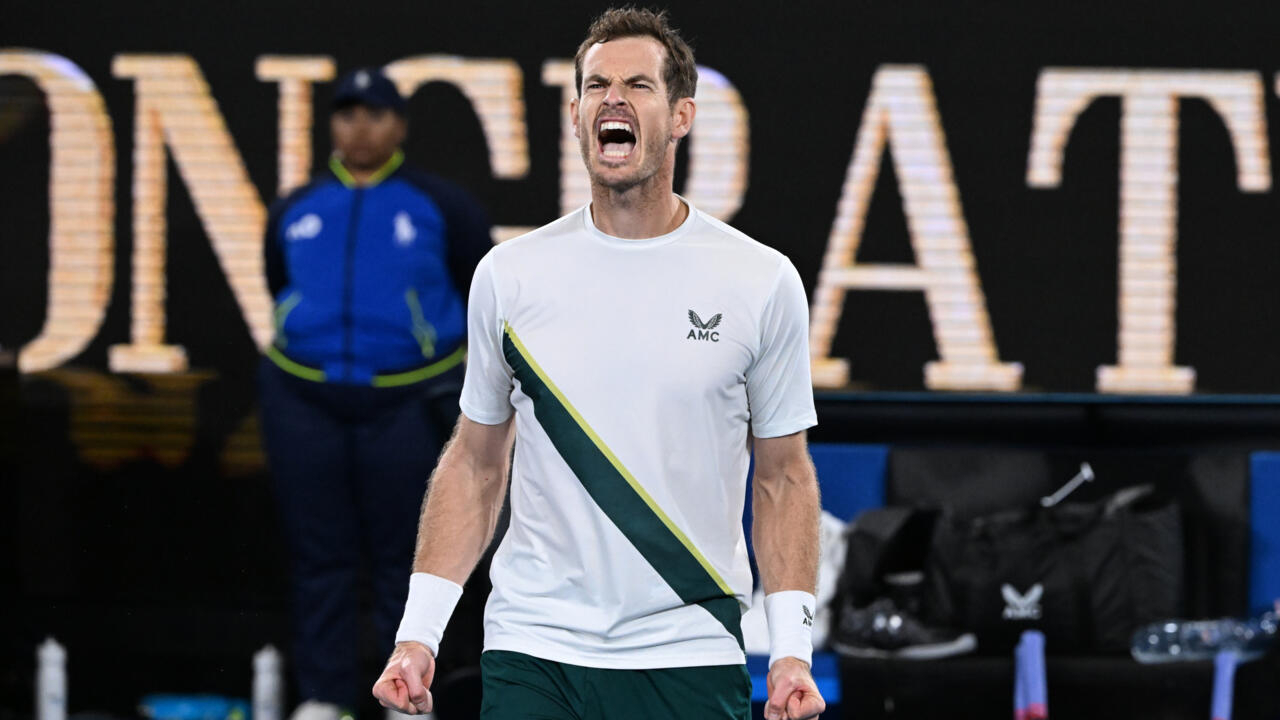 Melbourne (AFP) – Veteran Andy Murray roared back in a five-set epic which ended past 4:00am to reach the Australian Open third round with a remarkable victory over home hope Thanasi Kokkinakis early Friday. "I started playing better as the match went on, and yes, I have a big heart," said Murray, to roars of approval. They went with serve in the fourth set until Murray broke to go 4-2 up, puffing out his cheeks by way of celebration. Murray was furious after being denied a toilet break by the chair umpire at the end of the fourth set. But as the time turned 4:00am in Melbourne, Murray broke serve for 6-5, then held his own for a scarcely believable victory.
Continue reading...

India's Hindu nationalist prime minister, Narendra Modi, congratulated his co-religionist on Twitter, while extending Diwali wishes to the "living bridge" of UK Indians as a whole. If it feels "normalised" now, a brown or black prime minister would have felt unimaginable in Britain only a few years ago. Today, according to Sunder Katwala, director of the demographics think tank British Future, "most people in Britain now rightly say the ethnicity and faith of the prime minister should not matter". But he added: "I hope that Sunak will acknowledge that not everybody has enjoyed his advantages in life. Rishi Sunak reaching 10 Downing Street does not make Britain a perfect meritocracy."

Two activists glued themselves to Johannes Vermeer's 'Girl with a Pearl Earring' and the adjoining wall, but the artwork was behind glass and undamagedParis (AFP) – Art world professionals have slammed recent attacks on famous paintings by climate protesters as "counterproductive" and dangerous acts of vandalism. "Art is defenceless and we strongly condemn trying to damage it for whichever cause," the Mauritshuis museum in The Hague said in a statement. It was in the Mauritshuis that Johannes Vermeer's masterpiece "Girl with a Pearl Earring" was targeted by climate activists this week. Remigiusz Plath, security expert for the German museums association DMB and the Hasso Plattner Foundation, said the string of art attacks was "clearly a kind of escalation process". 'Nihilism'Adam Weinberg, of the Whitney Museum of American Art in New York, has questioned the activists' approach.

Barcelona's Pique announces 'end of this journey' after stellar career

Barcelona (AFP) – Barcelona's Gerard Pique announced his retirement on Thursday after a decorated career, saying "the moment has come to end this journey". The veteran defender bows out with four Champions League titles and the 2010 World Cup and Euro 2012 with Spain. Barcelona's Spanish defender Jordi Alba (L) and Barcelona's Spanish defender Gerard Pique look on from the bench. Pique with Shakira after Barcelona's 2015 Spanish Cup win Josep LAGO AFP/FileThey met during the filming of the video of Shakira's 2010 World Cup anthem Waka Waka. "Once a champion, always a champion," wrote FIFA's official World Cup account, along with a picture of Pique kissing the trophy.

North Korea sees such regular drills by Seoul and Washington as practice for launching an attack on the North, though the allies say their exercises are defensive in nature. North Korea says its testing activities were meant to issue a warning amid a series of South Korea-U.S. military drills. The area was apparently closer to South Korea than any other missile launch site North Korea has used so far this year. South Korea and the United States have strongly warned North Korea against using its nuclear weapons preemptively. North Korea has said the artillery firings were in reaction to South Korean live-fire exercises at land border areas.

No favourites in 'good to watch' World Cup: Ross Taylor

Adelaide (Australia) (AFP) – Former New Zealand batsman Ross Taylor says there are no clear favourites till now in a wide open Twenty20 World Cup as conditions in Australia have kept a level playing field. "New Zealand, South Africa and Australia were the teams struggling the most with their form leading up to it and here we are talking about South Africa and New Zealand making the semi-finals," Taylor told AFP. India, South Africa, Pakistan and Bangladesh jostle for two semi-final berths from Group 2 on Sunday. "That's why South Africa have done so well. Taylor also praised Williamson for his leadership skills with "good lieutenants" in Southee and Boult at his service.

London (AFP) – Tournament hosts France head into next year's Rugby World Cup as favourites but an enthralling series of Autumn internationals suggests the 2023 edition could be the most competitive yet. The French have yet to win the World Cup, having lost three finals. England went on to win the 2003 World Cup but Ireland have yet to make a semi-final. Jones' 'imperfect' planEngland coach Eddie Jones, for whom 2019 was his third involvement in a World Cup final, insisted after Saturday's match: "I've got a plan for how England can win the World Cup, but it doesn't go in a perfect line." "I guess we could have lost all five or won all five, that's the sort of tour it's been," said Australia coach Dave Rennie.

His purchase set a local currency record, surpassing South African all-rounder Chris Morris who was snatched up by Rajasthan Royals for 162.5 million rupees in 2021. Green was the second-most expensive buy after Mumbai Indians forked out 175 million rupees ($2.11 million) following an intense bidding war. 'Young and exciting'England Test skipper Stokes was bought by Chennai Super Kings for 162 million rupees ($1.96 million). Up-and-coming England batsman Harry Brook, who impressed recently with his exploits on the recent tour of Pakistan, was bought by Sunrisers Hyderabad for 132 million rupees ($1.6 million). The BCCI is also working to launch a five-team women's edition of the tournament next March, ahead of the next IPL season.

Purdy and Lawrence defy inexperience with touchdowns and composure

Advertising Read moreRookie Brock Purdy threw three touchdowns and ran in another as the San Francisco 49ers beat the Seattle Seahawks after making an edgy start in the first half. Purdy had been selected by the 49ers with the final pick in the 2022 draft, 262nd overall, earning him that year's "Mr. The back-up quarterback until last month, when he took over for injured first choice Jimmy Garoppolo, Purdy showed some nerves and made some errors in the first half. Jacksonville Jaguars quarterback Trevor Lawrence has had a season longer in the NFL than Purdy but was also making his post-season debut and it looked like it was going to be one to forget. Lawrence threw four interceptions in the first half, including on both his opening drives, as the Los Angeles Chargers opened up a 27-0 lead.