Lula’s robust reassertion of democracy, social progress and the rule of law in Brazil 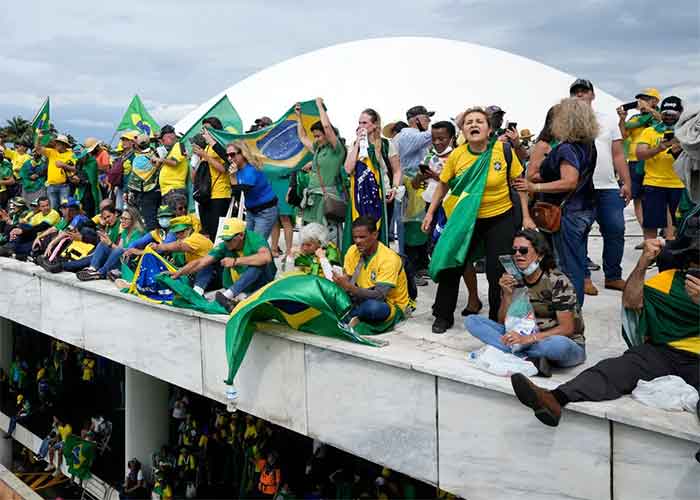 On 8th January 2023, a week after Lula’s presidential inauguration, the world was shocked by a Trump-style mob attack on key state institutions in Brasilia, the country’s capital city. It was a Bolsonarista insurrection aimed at not recognising Lula’s victory and keeping Jair Bolsonaro in power. Flavio Dino, Lula’s minister of justice, reported that Bolsonaristas had perpetrated similar acts of vandalism in at least ten states. To hand over the presidential sash on Lula would have been tantamount to accepting the people’s electoral will. Under Lula’s progressive government, the significance of Brazilian democracy to rest of Latin America cannot be stressed enough.
Continue reading...

Feminist Foreign Policy in India: A Trifecta Approach to Hope, Imagination and Possibilities

So far, the only congressional opposition to arming Ukraine has come from far right Republicans. Despite Republican Senate Minority Leader Mitch McConnell’s enthusiastic support for the $40 billion package, 57 House Republicans and 11 GOP Senators voted against it. One of the most prominent critics of Biden’s handling of the war is former President Donald Trump. If Republicans take over the House in November, House GOP leader Kevin McCarthy warns they may turn off the money spigot for Ukraine. It will be telling to see if any Democrats, including those who signed the Jayapal letter, will vote against more weapons.