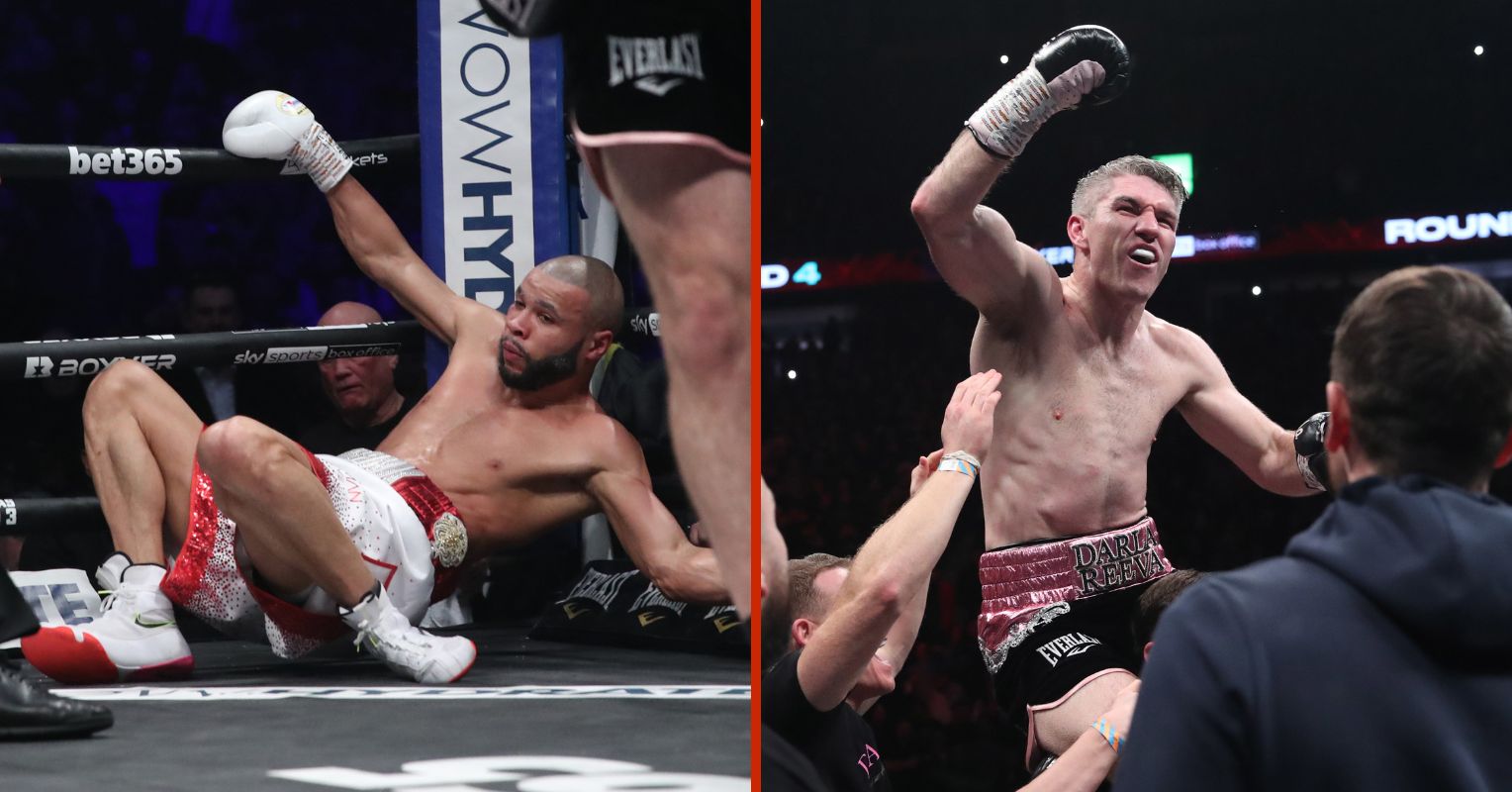 Chris Eubank Jr versus Liam Smith was a pick ’em fight – and those of you who picked Smith were right. Eubank focused on his jab, and it did start to work in the third. A flurry of shots – the standout being an absolutely pitch perfect uppercut – dropped Eubank Jr for the first time in his professional career. The chin – and confidence – of Eubank Jr has officially been cracked, and the man to do it told us he could all along. Liam Smith 🤝 Chris Eubank Jr pic.twitter.com/xcUjixk4Qy — Sky Sports Boxing (@SkySportsBoxing) January 21, 2023Elsewhere on the card, Ekow Essuman (18-0, 7 KOs) put his British and Commonwealth welterweight titles on the line against Chris Kongo (14-1, 7 KOs).
Continue reading...

Floyd Mayweather stopped YouTuber Deji in his latest exhibition. Answer: Floyd Mayweather makes a ton of money and barely breaks a sweat. When he did get hit, he smiled and kept Deji honest with a few of his own. As soon as Mayweather even considered putting some pop in his shots and landed a few in a row, Bayless waved it off. Deji had buckled at the knees very slightly, and these exhibitions should always follow the advice of better safe than sorry.

British superstar, KSI, returned to the boxing ring tonight to face fellow YouTuber, Faze Temper. The DAZN and Misfits Boxing event came live from Wembley Arena, and saw KSI, real name Olajide Olatunji, fight for the first time since announcing his 5 year deal with the broadcaster to continue these events. Michael Buffer introduced the fighters for their six round main event, and the ring walks were as impressive as you’d expect from people born to entertain. HERE WE GO Watch #KSITemper LIVE on https://t.co/fmB3r5oC53 and DAZN PPV 🍿 pic.twitter.com/X7m6hqU5XJ — MF & DAZN X Series (@MF_DAZNXSeries) January 14, 2023The fight itself lasted less than a round. An absolutely WILD first round 🍿 Watch #KSITemper LIVE on https://t.co/fmB3r5oC53 and DAZN PPV pic.twitter.com/Dq8iD5DjOw — MF & DAZN X Series (@MF_DAZNXSeries) January 14, 2023Salt Papi, opinions on the event aside, is a star.

Beterbiev Stops Yarde After 8 Rounds In Back And Forth Thriller

Artur Beterbiev weathered a bloody storm against an incredibly brave Anthony Yarde to retain his WBC, IBF and WBO light heavyweight titles. Beterbiev looked to be in trouble midway through a couple of the rounds but had an irritating – for Yarde at least – habit of finishing supremely. Beterbiev caught Yarde coming in with a short right hook and followed up with another to put the challenger down. Yarde spoke to his corner briefly after the count, and Tunde Ajayi pulled his man out quickly after the action restarted. Artur Beterbiev stops Anthony Yarde 🥊🏆 #BeterbievYarde | BT Sport 1 pic.twitter.com/uKMzpXSX3J — Boxing on BT Sport 🥊 (@BTSportBoxing) January 28, 2023The predictions were proven right, but not before Yarde made an incredibly positive account of himself.

Mauricio Lara has come to grips with not being able to challenge for his first major title. The streaking contender settled for a homecoming appearance in the aftermath of a canceled fight with secondary WBA featherweight titlist Leigh Wood. Maybe it’s just not my time right now to become world champion,” Lara admitted during the final pre-fight press conference. The two met earlier that February at Wembley’s SSE Arena (now OVO Arena Wembley), with Lara exploding onto the featherweight scene in scoring a ninth-round knockout of the unbeaten Warrington. Now it’s on to present-day business, as he faces a streaking Sanmartin (33-5-1, 21KOs) who has won his last six fights.

Eddie Hearn: Canelo Would Fight Benavidez If He Beat Charlo Or Plant

By Sean Jones: David Benavidez would get a fight against Canelo Alvarez if he beats Jermall Charlo or Caleb Plant, says Eddie Hearn. Benavidez still needs to earn the fight against Canelo, even though he’s done more than enough to earn the fight by becoming the WBC mandatory and interim champion. You have to make the fans say, ‘Canelo, you must take [the Benavidez fight,'” said Eddie Hearn to Fight Hub TV. “I don’t blame Benavidez because I believe Benavidez wants to be in big fights, but it’s embarrassing. If Benavidez went and beat [Jermall] Charlo or went and beat, Canelo would fight him in an instant.

By Mark Eisner: Veteran heavyweight Dillian Whyte fights tonight in a make-or-break clash against unknown American heavyweight Jermaine Franklin in a 12-round headliner at the OVO Arena in London. Boxing News 24 will give live updates & results for the card below, including the main event between Whyte & Franklin. UndercardFabio Wardley vs. Nathan GormanPat McCormack vs. Christian Nicolas AndinoSandy Ryan vs. Anahi Esther SanchezCheavon Clarke vs. Jose Gregorio UlrichMark Dickinson vs. Gideon OnyenaniGeorge Liddard vs. Nikola MaticThomas Carty vs. Pavlo KrolenkoMake-or-break for Dillian Whyte“My prediction for Whyte-Franklin is Whyte is world-class. He’s going to want to make a statement, so I’m saying Dillian Whyte by knockout,” predicts Haye. “Franklin has been training with Tyson Fury, so he’s been in a winning camp, and he’s hopefully going to ask Dillian Whyte some questions.

Tyson Fury: Boxing is More Addictive Than Any Drug Ever, You Can't Let it Go

"I completed the book before I started training camp, so that was done," reported Tyson. "I recorded the single before I started training and I've just been doing remote interviews here and there regarding these projects. "I carved out Netflix for the full fight camp so I can concentrate on my opponent. By the time the fight comes I will have done nine weeks training, nine weeks of isolation away from my family. I'm back, I'm hungry, I'm putting the work in, I'm grinding.