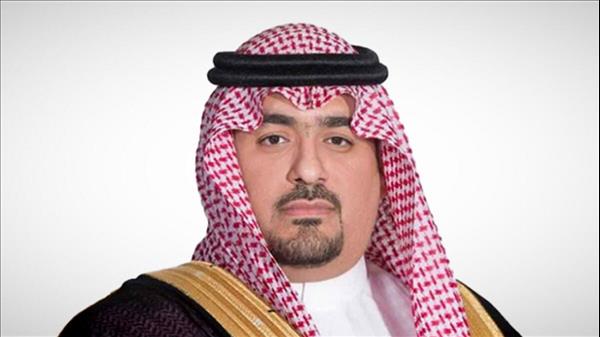 Saudi Arabia is working to reduce its reliance on oil exports, Economy Minister Faisal Al Ibrahim said Wednesday, as the Middle East powerhouse sent one of the largest delegations to the Davos summit to make its case. “We want to lessen our dependence on oil... We want to diversify our economy, it is important, it is essential,” Al Ibrahim told AFP at the World Economic Forum. “It's never too late for sectors that are starting from scratch in Saudi Arabia. On the heels of the football World Cup in Qatar, Saudi Arabia could be a candidate to host the competition in 2030, recently hiring the Portuguese star Cristiano Ronaldo to promote the potential bid. “We've opened up much more than before and that lets people see,” Al Ibrahim said.
Continue reading...

Argentina Fear No One At Qatar World Cup, Says Messi

• South American giants are aiming to win their first World Cup title since 1986Lionel Messi says Argentina to not fear any team at the World Cup but he urged fans to stay calm with the tournament in Qatar less than a month away. Copa America champions Argentina, unbeaten in 35 games since 2019, were drawn with Saudi Arabia, Mexico and Poland in Group C as they look to win their first World Cup title since 1986. “Today we are doing well and people are excited and think that we will come back with the Cup, but it is not like that,” Argentina captain Messi told broadcaster Directv Sports. Hopefully, we can all get there in good health.”Earlier, Messi had said defending champions France and Brazil are the favourites to win the World Cup as they have a core group of players who have played together for a long time. “We always say the same great teams ... but, if I have to choose, Brazil and France are the two great candidates to win the World Cup,” Messi told DIRECTV Sports.“They've had the same group [of players] for a long time, working well.

Johnson Returns To UK In Bid For Rapid Political Comeback

Johnson, who was on holiday in the Caribbean when Truss resigned, has not commented publicly about a bid for his old job. The Sunday Times reported Sunak and Johnson could meet later, without giving details on the planned discussions. The prospect of another Johnson premiership is a polarising issue for many in the Conservative Party, which is deeply divided after seeing off four prime ministers in six years. For some Conservative lawmakers, Johnson is a vote-winner, able to appeal across the country with his celebrity image and brand of energetic optimism. Former Conservative party leader William Hague said Johnson's return would lead to a“death spiral” for the party.

Saudi Forum Set To Draw Business Leaders From US Despite Ope...

a public spat between the united states and saudi arabia will not deter top wall street executives and us business leaders from a flagship investment event starting tomorrow where the kingdom will seek deals to reduce its economy's reliance on oil. jpmorgan and goldman sachs made nearly $77mn and $42mn respectively in investment banking fees in saudi arabia last year, refinitiv data showed. foreign direct investment still lags behind targets, though there has been movement in new sectors as the kingdom opens up. as boeing netted an $80mn defence contract last year, fedex announced a $400mn 10-year investment plan in the country, the arab world's biggest economy. this has left the saudi government and the public investment fund to try to deliver on the diversification promises, aided by an oil windfall.

'i have a feeling that we lost two points, especially with the way we started the game and the chances we had,' arsenal manager mikel arteta said. sunday's win at tottenham sent the clearest message yet that they can challenge for a champions league berth. harry kane pulled one back for third-placed tottenham in the 54th minute with his 10th goal of the season but newcastle comfortably held on for the points. 'real pride in the players today and great to be part of those scenes,' newcastle manager eddie howe, who took over last year with the club heading towards relegation, told reporters. former brentford player ollie watkins added a fourth goal in the second half to round off a win that lifted villa to 14th in the standings on 12 points.

Who is the arrested high-ranking official, Eva Kylie? Eva Kylie was born in Thessaloniki (Greece) in 1978. Eva Kylie was reportedly expelled from the party after her arrest. So, the Eva Kylie corruption scandal is not the first of its kind. The charges brought against Eva Kylie show that it is corrupt interests that are behind this support.

but kohli (82 not out, 53 balls, 6 fours, 4 sixes) and hardik pandya (40, 37 balls, 1 four, 2 sixes) brought india back into the contest with a stirring fifth wicket partnership. india still needed 31 runs from 12 balls when the dangerous haris rauf (4-0-36-2) was brought back into the attack. rauf had things under control for pakistan, giving away just three runs in the first four balls with india needing 28 off eight balls. pakistan inningsdespite brilliant half-centuries from shan masood and iftikhar ahmed, india managed to restrict pakistan to a modest total of 159/8. hardik pandya (4-0-30-3) brought india back into the contest after shami got the dangerous iftikhar, removing shadab khan (5), haider ali (2) and mohammad nawaz (9).

Former Pakistan Prime Minister Imran Khan | Reuters fileIslamabad- In a major setback to former prime minister Imran Khan, Pakistan's top election body on Friday disqualified him from holding public office for five years in the Toshakhana case for hiding proceeds from the sale of gifts he received from foreign leaders. The ECP after hearing the case had reserved its judgment on September 19 on the conclusion of the proceedings. The bench of the ECP on Friday unanimously ruled that Khan was involved in corrupt practices and was disqualified as a member of the parliament. Khan, who contested seven National Assembly seats in the crucial by-elections held on Sunday, emerged victorious in six constituencies. Khan, who came to power in 2018, apparently received expensive gifts from rich Arab rulers during official visits, which were deposited in the Toshakhana.