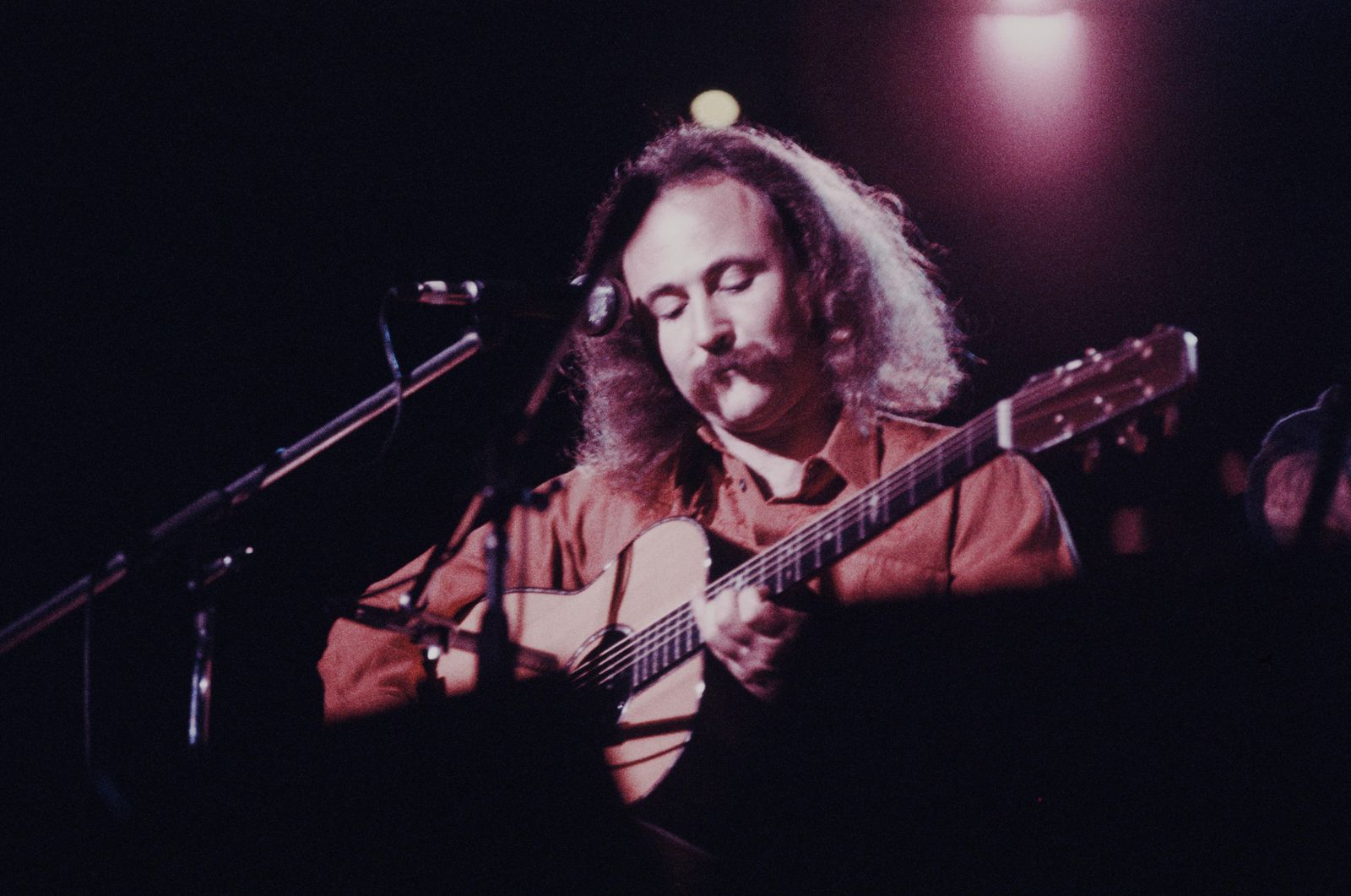 David Crosby, the legendary singer-songwriter who helped define the folk-rock music of the 1960s and ’70s, has passed away at age 81. The two-time Rock & Roll Hall of Fame inductee was a founding member of both the Byrds and Crosby, Stills & Nash, and his singles from both bands frequently soared to the top of Billboard charts. In 1968, Crosby joined up with Stephen Stills (of Buffalo Springfield) and Graham Nash (of the Hollies) to form the supergroup Crosby, Stills, & Nash. “Crosby, Stills & Nash took a thoughtful, song-centric approach to music, penning folk hits with messages of change, hope and forward motion.”In 1969, Neil Young joined the group, which changed its name to Crosby, Stills, Nash & Young. Crosby kept writing and making music for the rest of his life, continuing to tour well into his 70s.
Continue reading...

This week, a woman from the United Kingdom set out on an expedition across Antarctica in an attempt to become the first female explorer to cross the continent solo and unsupported. Preet Chandi aims to cover more than 1,100 miles in a journey that will likely take 70 to 75 days. And that's part of the reason why I wanted to do this—for people who don't fit a certain image.”Good luck to Captain @PreetChandi10 on her quest to become the first woman to cross Antarctica solo and unsupported. She currently serves as a physiotherapist in the British Army, organizing training and rehabilitation for injured soldiers and officers. “The British Army is extremely proud to have such a remarkable ambassador,” Deputy Chief of the General Staff Sharon Nesmith says in a statement.

Great Scott! Back to the Future Is Coming to Broadway

On Friday—this year’s Back to the Future Day—fans got some exciting news: Back to the Future: The Musical is coming to Broadway. It will open at the Winter Garden Theatre on August 3, 2023, with preview performances beginning on June 30. Christopher Lloyd, who played Doc Brown in the film, even appears in a video promoting the Broadway debut. He stands beside Bart, who is dressed as Doc Brown and getting into the iconic DeLorean. “I’ll take it for a test drive—the Winter Garden Theatre on Broadway,” says Bart.

These Fungal Pathogens Are the Most Harmful to Human Health

From molds to yeasts to inhalable spores, 19 fungal pathogens have been identified by the World Health Organization as the biggest threats to human health, according to a report released Tuesday. Fungal pathogens are historically understudied, leading to gaps in the understanding, surveillance and treatment of infections, writes Reuters’ Jennifer Rigby. Public health officials say that healthy people are unlikely to get a severe fungal infection, per the Wall Street Journal’s Dominique Mosbergen. According to the CDC, more than 75,000 people in the U.S. are hospitalized with fungal infections each year. Only four types of treatments for fungal infections exist, and there are very few new possible treatments in development.

To date, 199 people have had their heads and bodies cryopreserved at the Alcor Life Extension Foundation facility in hopes of being revived later. By preserving bodies at below-freezing temperatures, Alcor’s goal is “restoring good health with medical technology in the future,” according to the non-profit organization’s website. Per Alcor, the non-profit has “confidence revival may be possible.”Founded in 1972, Alcor performed its first human cryopreservation in 1976. But Coen tells MIT Technology Review it’s “disingenuous” to claim these studies could translate to human cryonics, adding that the human brain’s structures are too complex for this to work. Arthur Caplan, who heads the medical ethics division at New York University's Grossman School of Medicine, tells Reuters he hasn’t seen any mainstream medical professionals endorsing cryonics.

This Powerful Gamma-Ray Blast Was the ‘Brightest of All Time’

On October 9, astronomers detected a bright blast of light more energetic than they had ever seen, reports Space.com’s Tereza Pultarova. Called a gamma-ray burst (GRB), the massive explosion emitted flares of high-energy X-ray and gamma radiation and was likely spurred by a gigantic star’s collapse, according to Inverse’s Kiona Smith. “We’re just really in awe of this event and feeling very lucky to be able to study it.”The blast occurred more recently relative to other long gamma-ray bursts, Rastinejad tells Space.com. Photons from this GRB had more energy than particles produced by the Large Hadron Collider, the world’s largest and most powerful particle accelerator, Rastinejad tells Live Science. As the explosion’s gamma rays interact with space dust, they create an afterglow that can be detected for longer than the blast itself.

A Punk Rock Museum Is Coming to Las Vegas

When it opens, the new Punk Rock Museum will be the only one of its kind in the country. A 12,000-square-foot museum dedicated to the angsty, anti-establishment genre is coming to Las Vegas early next year. Initially, he wanted to open a punk rock store that could also display historic items and artifacts he’d collected over the years. “It’s going to be a punk bar in its style, but it’s not going to be dirty and gritty,” P Moss, a longtime Las Vegas entrepreneur and author who will run the museum’s bar, tells the Las Vegas Review-Journal’s John Katsilometes. “I would call it a safe punk experience, where you can have a few drinks in a room that makes you feel like you’re a part of the whole thing.”The Punk Rock Museum will open in Las Vegas on January 13, 2023.

Never-Before-Seen Photos by Paul McCartney Take You Inside Beatlemania

Later this year, an exhibition at London’s National Portrait Gallery will examine this whirlwind period from the perspective of a Beatle. Opening on June 28, “Paul McCartney Photographs 1963-64: Eyes of the Storm” will display never-before-seen photographs taken by Paul McCartney between December 1963 and February 1964. Until recently coming across them, McCartney thought the photographs he took in those months were lost to time. “This was exactly my experience in seeing these photos, all taken over an intense three-month period of travel, culminating in February 1964. 1964: Eyes of the Storm will contain 275 photographs, which were taken on a 35-millimeter camera in New York, Washington, London, Liverpool, Miami and Paris.