could DCC changes cost us more? 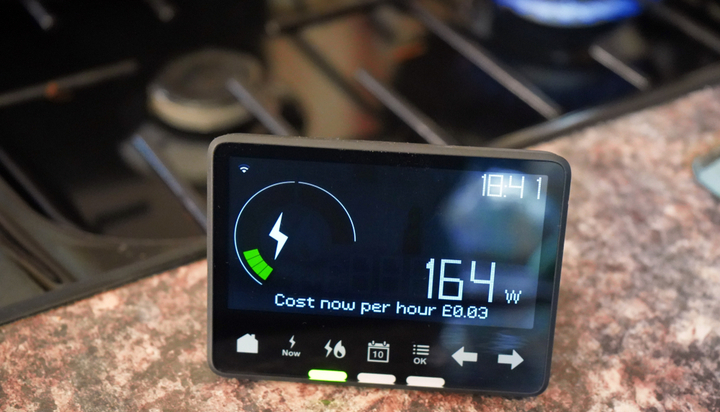 PIPELINES: The Mountain Valley Pipeline withdraws eminent domain actions for land along a proposed extension from Virginia into North Carolina, but leaves the door cracked for the future. (Virginia Mercury)SOLAR:• Tampa, Florida’s electric utility announces it will add six new solar projects by the end of 2025. (Reuters)• Arkansas moves to grow its electric vehicle charging network from a current count of about 170 charging stations, but motorists likely won’t start seeing new stations until at least 2024. (NOLA.com, subscription)• A company breaks ground on an electric vehicle battery recycling and manufacturing facility in Kentucky. (Bloomberg)• Florida power outages that followed Hurricane Ian point toward the necessity of burying power lines to improve grid resilience, writes a land developer.

(Vox)ALSO:• Democrats running in close U.S. Senate races look to shift the blame for high gas prices off the Biden administration and onto oil and gas giants. (New York Times)Sponsored LinkClimate Generation’s Window into COP27This November, world leaders are coming together at the international climate negotiations (COP27), and Climate Generation is here to help you stay in-the-know. Follow the COP27 conference through the eyes of ten everyday climate leaders — because international climate policy should be accessible to everyone. ELECTRIC VEHICLES:• The Biden administration awards a total of $2.8 billion in grants to twelve states to boost production of electric vehicle batteries. (New York Times)• A study finds electric vehicles’ climate footprint from battery production and fossil fuel-generated electricity is negated in less than two years via reduced tailpipe emissions.

OIL & GAS: Advocates petition the U.S. EPA to take over permitting of injection wells for fracking waste, citing “longstanding and systemic failures” in state oversight. (Springfield News-Sun)• A Missouri task force is exploring how to tax solar farms after the state Supreme Court struck down a property tax exemption in August. (St. Louis Post-Dispatch)CLEAN ENERGY:• 7-Eleven signs a deal with DTE Energy to provide 100% renewable energy to its 160 Southeast Michigan locations. (CBS Detroit)• A Wisconsin congressman criticizes state clean energy goals, saying customers should get electricity from whoever can provide it most cheaply. (WQOW)CLIMATE: An analysis ranks the Minnesota legislature, Michigan attorney general, Ohio Supreme Court and other races as among the most pivotal for climate policy in this year’s election.

Rishi Sunak said he supported maintaining a ban on fracking, in what would be a reversal of Liz Truss’ policy, during his first ever prime minister’s questions. The new PM has been facing MPs at the dispatch box today in his maiden outing since taking over from Liz Truss on Tuesday in the top job. Mr Sunak replied: “I’ve already said I stand by the manifesto on that,” in a reply that seemed to fall short of announcing he would reverse the ban being lifted. Wind, nuclear, renewablesEnergy policy was the opening issue Rishi Sunak faced in his first ever session of prime minister’s questions. That was part of a bid for energy self sufficiency by 2045, which included a “massive expansion in offshore wind”, but the ban on onshore deployment led to accusations of “economic illiteracy”.

According to RBC Capital Markets, drilling delays associated with the loss will cost Santos around US$70 million (A$103 million). He claimed he was not adequately consulted by Santos before it received drilling approvals for the A$4.7 billion project. Santos and every other gas company must take note that this is our country and we must be consulted. It was thought the oil and gas company had a chance given judgement by Justice Bromberg had been overturned by a full bench in the past. Two weeks ago the Noble Tom Prosser rig drilling Santos Spartan-2 well, designed as backfill for its declining WA fields, was issued a safety notice by NOPSEMA.